Today was a pretty interesting day. We woke up early since we had a long way to go today. We left at 5.30 AM. We were probably the first ones on the road, because I had to be careful not to step on mice, we saw at least 10 of them and as we walked towards them, they ran into their little caves or hay piles.

This morning wasn't as cold as I expected it to be. I'm feeling warm wearing my leggings and sweater.

Throughout the day, the most beautiful part of it were the sky. The morning brought us so many colors. 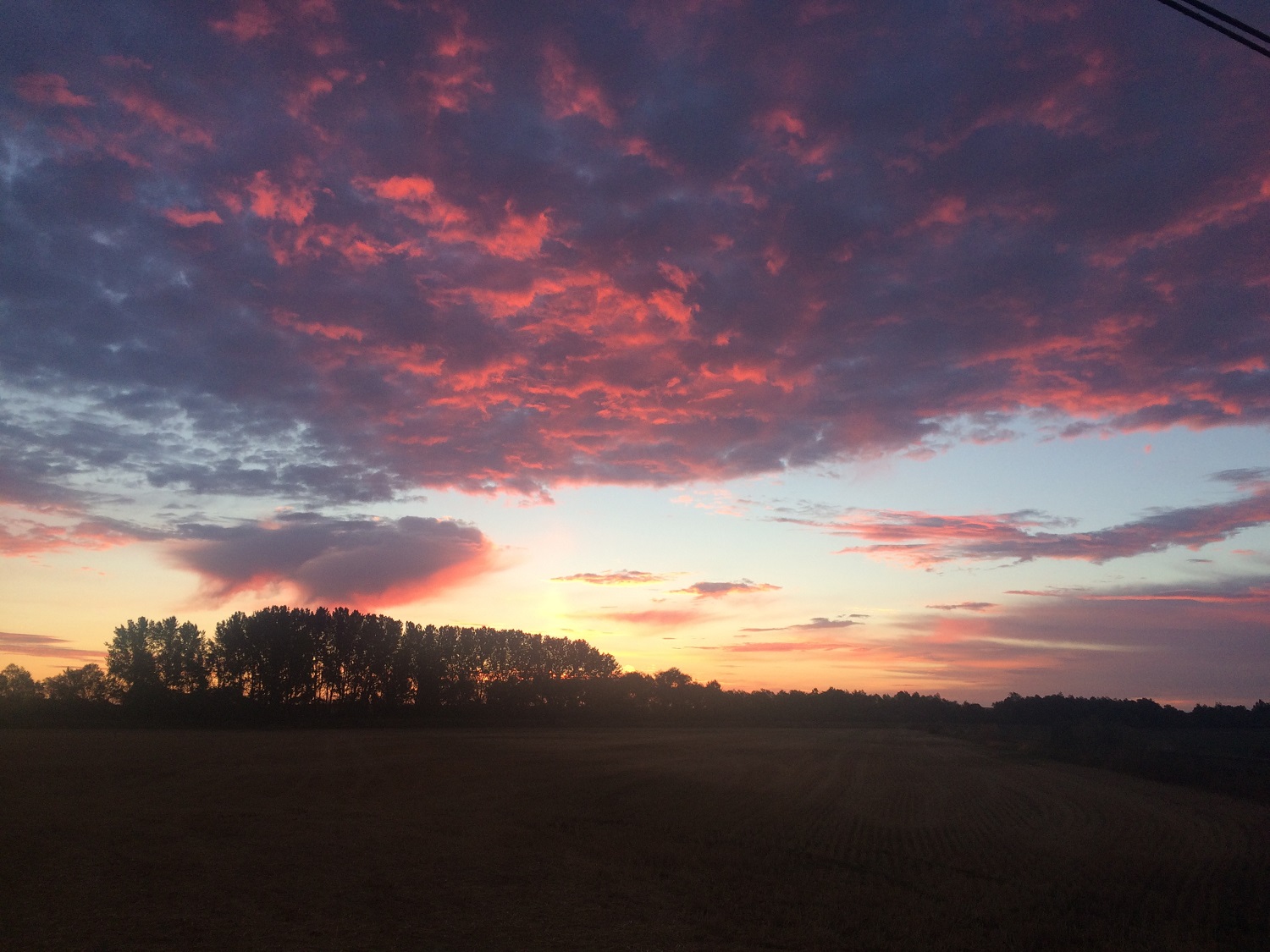 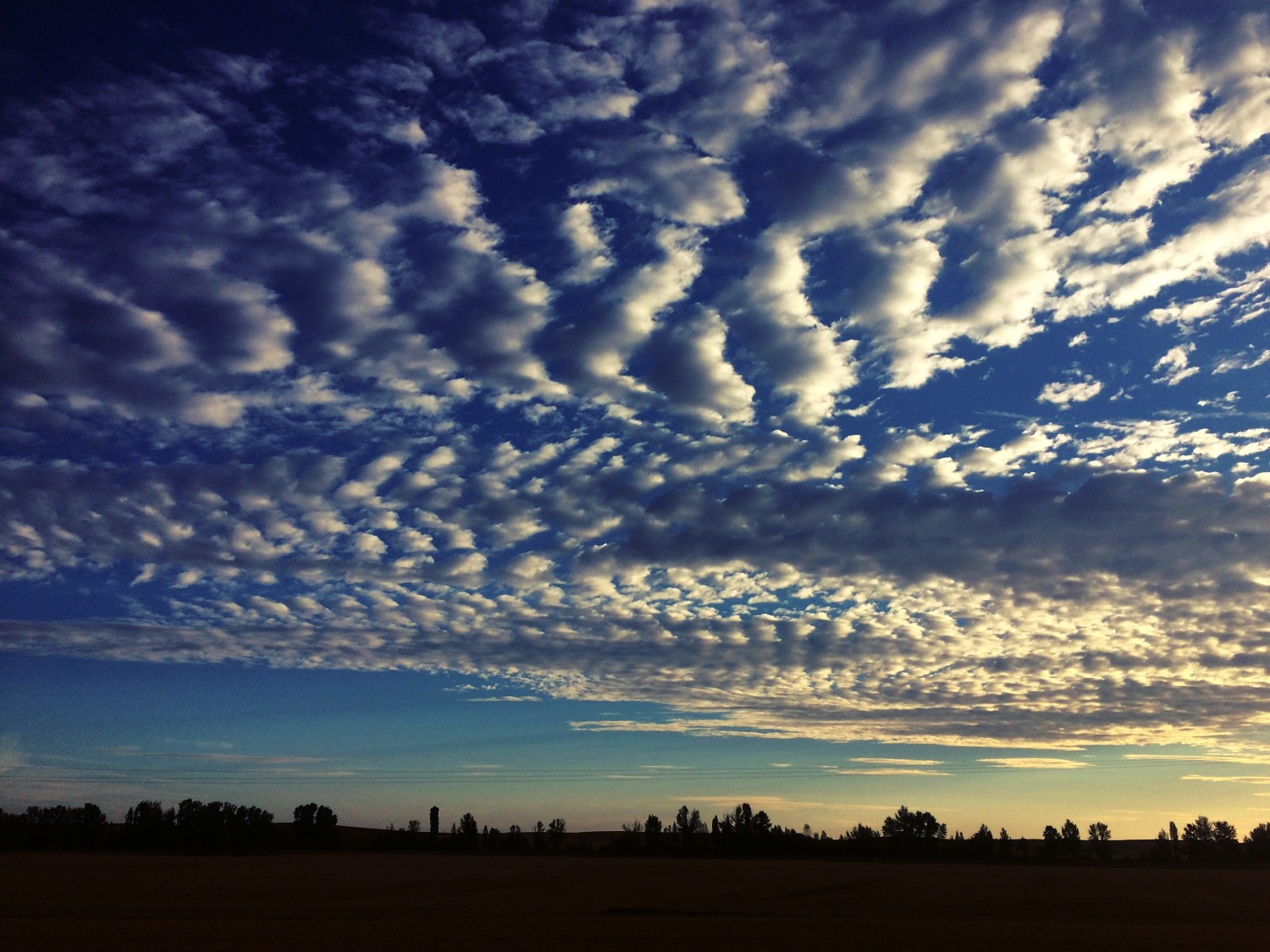 When we were at around 15th kilometer for the day, I realized that I've damage up my ankle. It hurts every time I touch the ground, I can't even really move it. I was worried about the Achilles tendon before, but the hiking brought pain in the lower-leg tendons. And I hate it because I can't really do anything about it, so I took some painkillers. Next rest stop is in about 5 kilometers. And I will have to decide whether to end the day there with 20 kilometers done, because the next stop is in 17.3 kilometers and this part is the longest in the Camino without anything in it. No, villages, no water. I tried to convince myself, that I should stop. Ten times I did that. The painkillers aren't kicking in too. I reach the village, I've decided to stay, but now I have to wait because it is 10.30 AM, but the auberges open mostly at 1 PM. I found a cafe. The Italians catch up to me too. We exchanged goodbye kisses, but it is not going to be a long goodbye, since we made plans to see each other in their final destination - Leona in 3 days.

I am eating nuts and drinking a can of coke. I overheard a conversation from the table next to me and they said that the auberge is open. I went over but they we're already fully booked. What? A lot of people decide not to go the long part in the evening if they've already done more than 10 kilometers already. I noticed the painkillers had done their job and I decided to continue after all. I know the medication is a temporary solution. I know that the village had other auberges. But I felt sad and I really wanted to continue. Because the muscles are used to it and they don't hurt anymore. I have the power and the willpower.

I was so happy to be back on the road again! So happy I forgot to have a decent meal. I forgot about the water - when I checked I realized I only have 0.5 liters of water. I forgot I had already taken off all the bandaids off the potential blister spots. I really got lost in the excitement. I don't know where it came from. I was thinking - If your appetite comes from eating, does the pleasure of walking occur when you go?

I thought about stopping here. 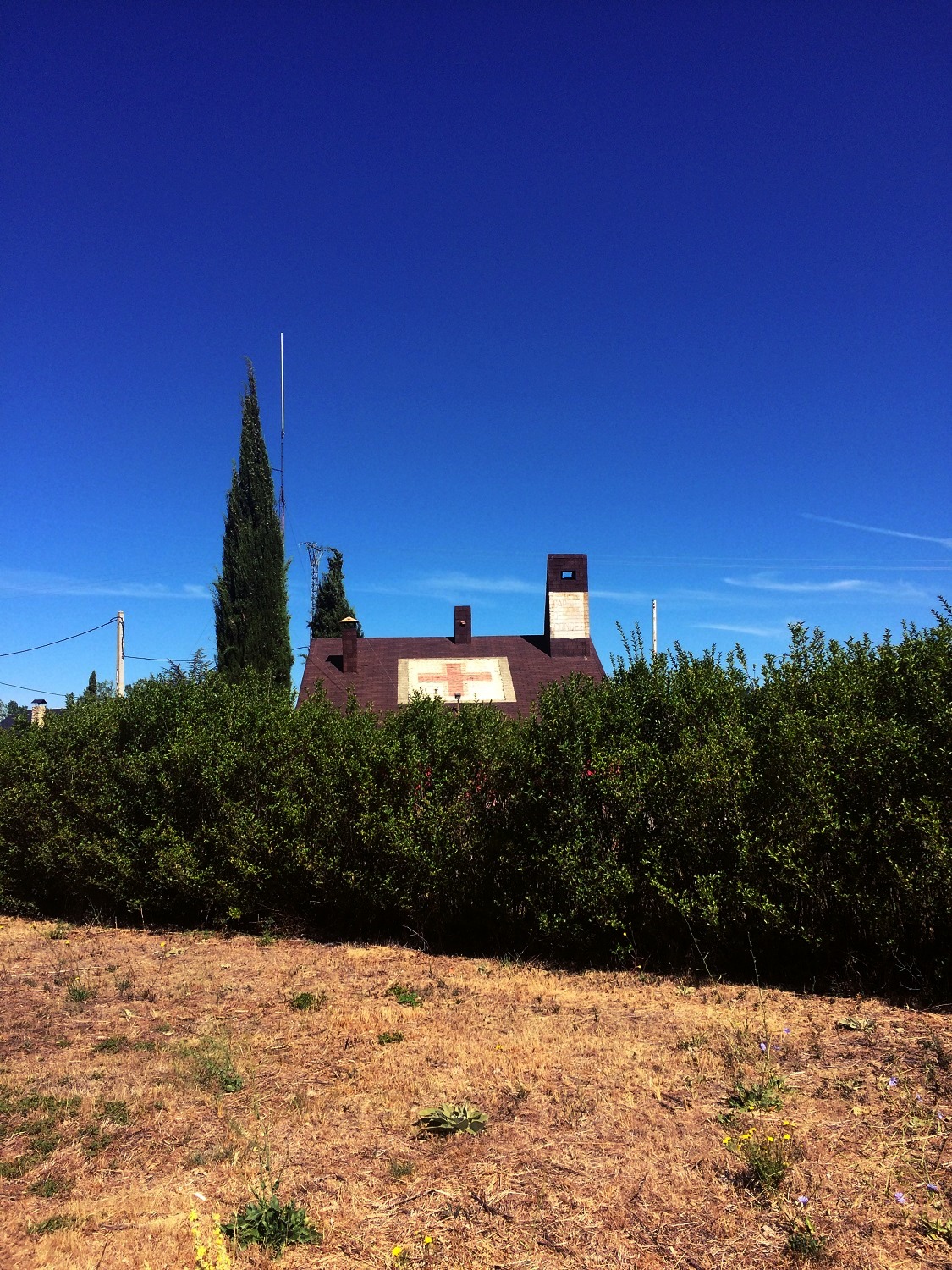 I was saying to myself that 17.3 kilometers is not a lot and that I got this. It's pretty easy. It's not too hot. The path of the day is very boring though and is just going straight. 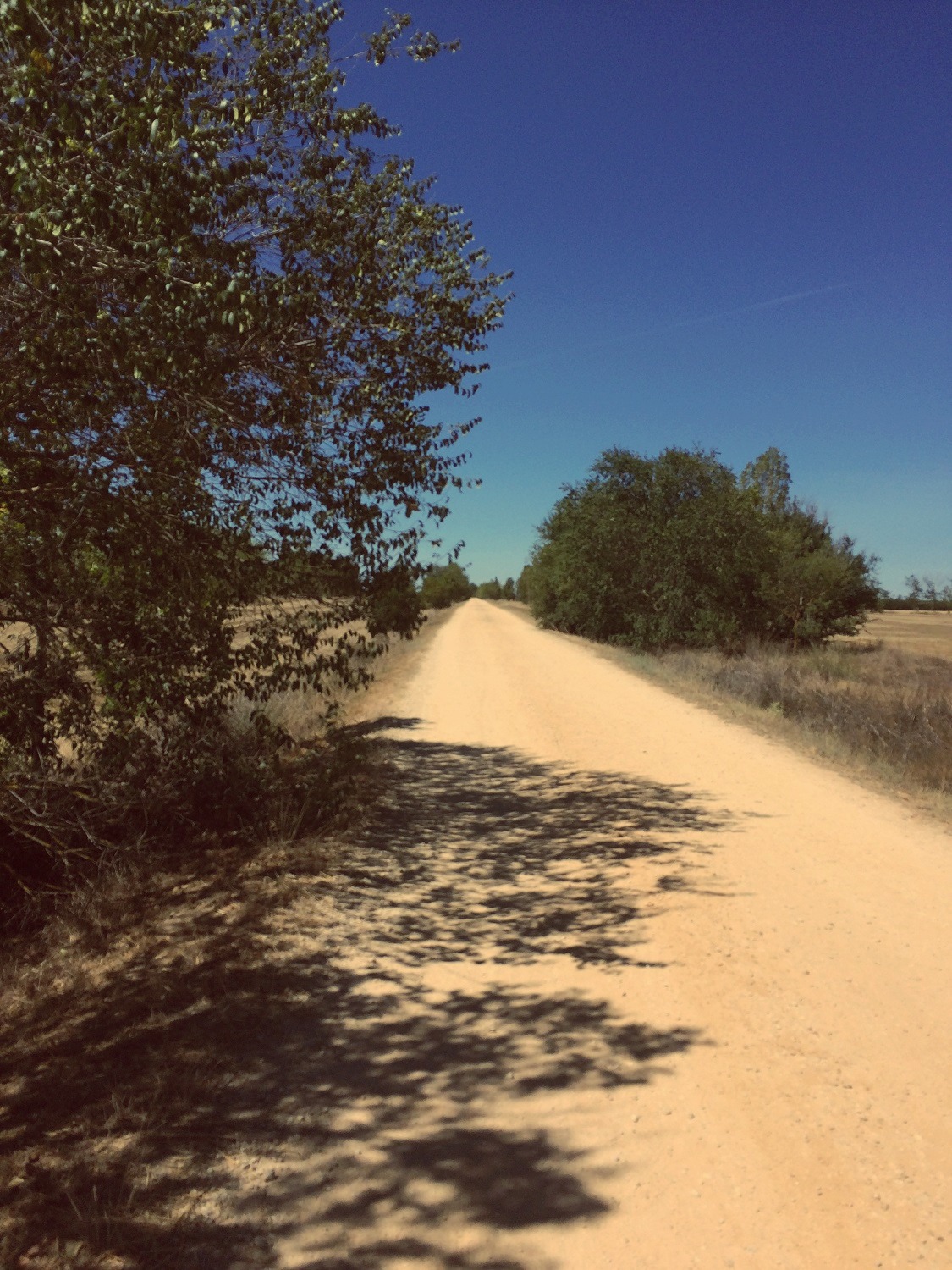 As I was passing an old mansion, like the ones in Telenovelas, I heard a man sing very beautifully. And two seconds later I heard - 'Agnes, Agnes!' My Italian friends are hiding from the sun under the trees.

Since I decided to walk slow today, I left them there and continued on. They will probably catch up to me. But they did not up until the auberge.

I met a Aaron - a firefighter from the States a couple kilometers later. Our speed is the same so we walk the last 10 kilometers together. He has lost 12 kilograms in a week already. We talked about life, hobbies, movies and about how many cats and dogs he has rescued. I asked him about the president, and he said he was expecting this question since everyone has been asking.

Slowly we reached the auberge. I felt like walking slower and without any stress, it is easier to get forward. It was not that hard.

Today can be described in one photo - road to nowhere! 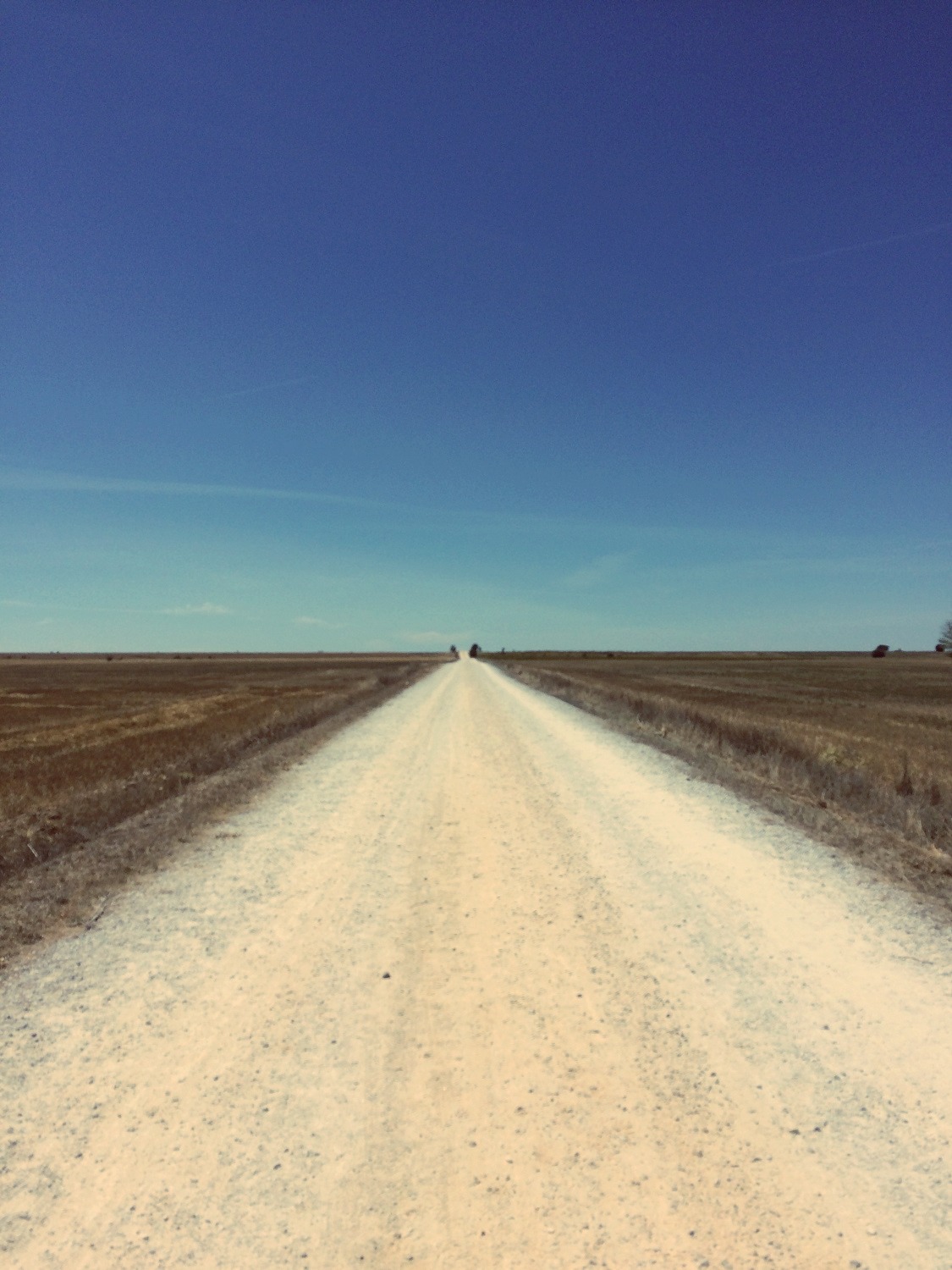 I know it might not have been the best idea to torture my ankle, but I feel 17.3 kilometers closer to my goal, which means, closer to home too. Of course, it is not changing the date of my flight back, but morally I feel closer to home with every step I take.

They offered us breakfast at the auberge, so we decided to eat there and then le...

Today again, we are waking up early and leaving the auberge at 5.30 AM. These ye...