I’ll start with yesterdays evening. There were only a couple people in the auberge. We all ordered dinner and when we got downstairs we were pleasantly surprised. They had set us up the table as if we were having a big family dinner. 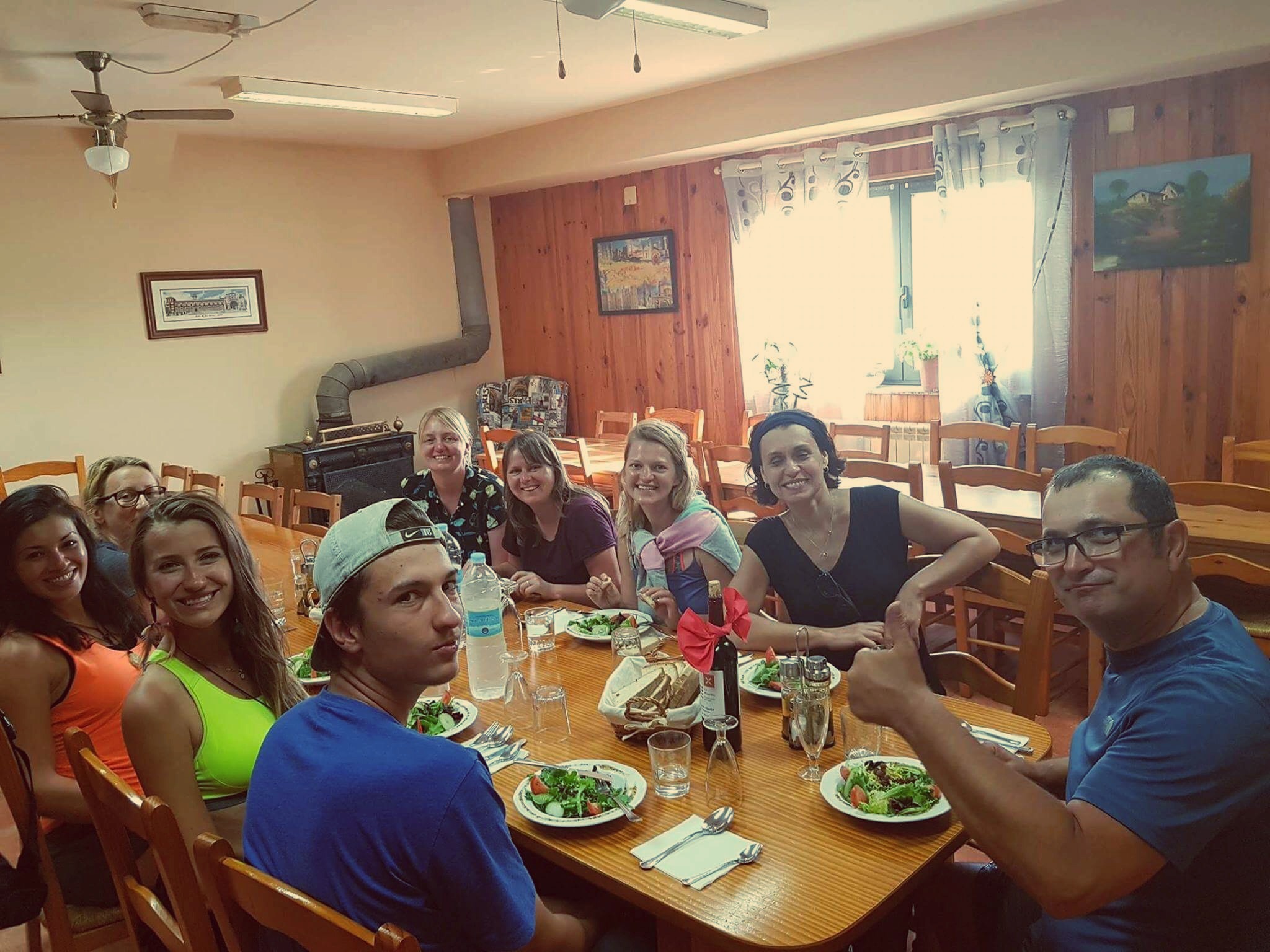 I have to mention that there were no people from Spain or Italy, which is super rare! France, Romania, England, Germany and Latvia. And the food was amazing! In fact, four dishes instead of the usual 3. And a huge pan of Paella. 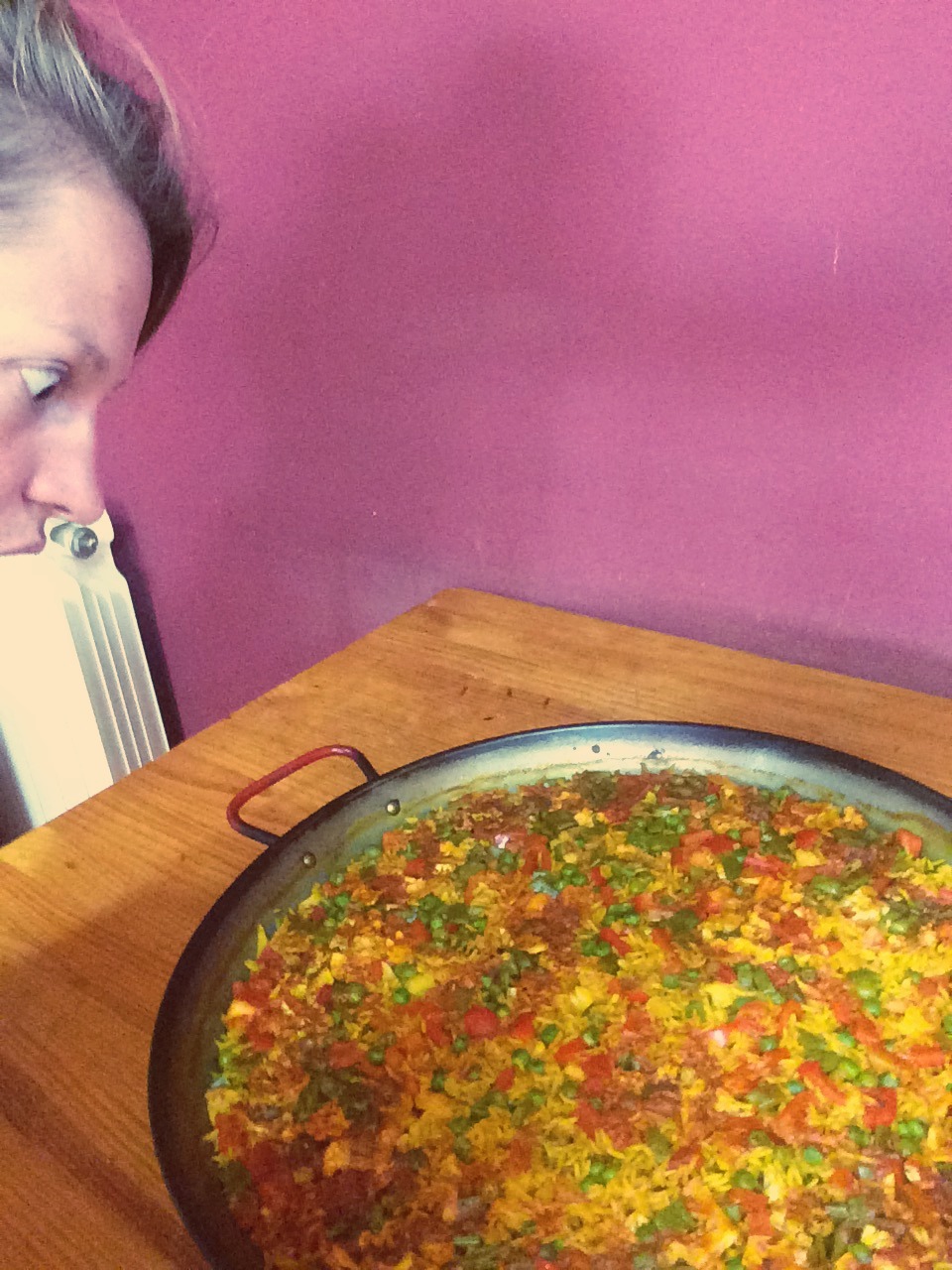 After the dinner I spent time with 2 ladies from Romania - Alexandra (Sasha) and Georgiana (G). 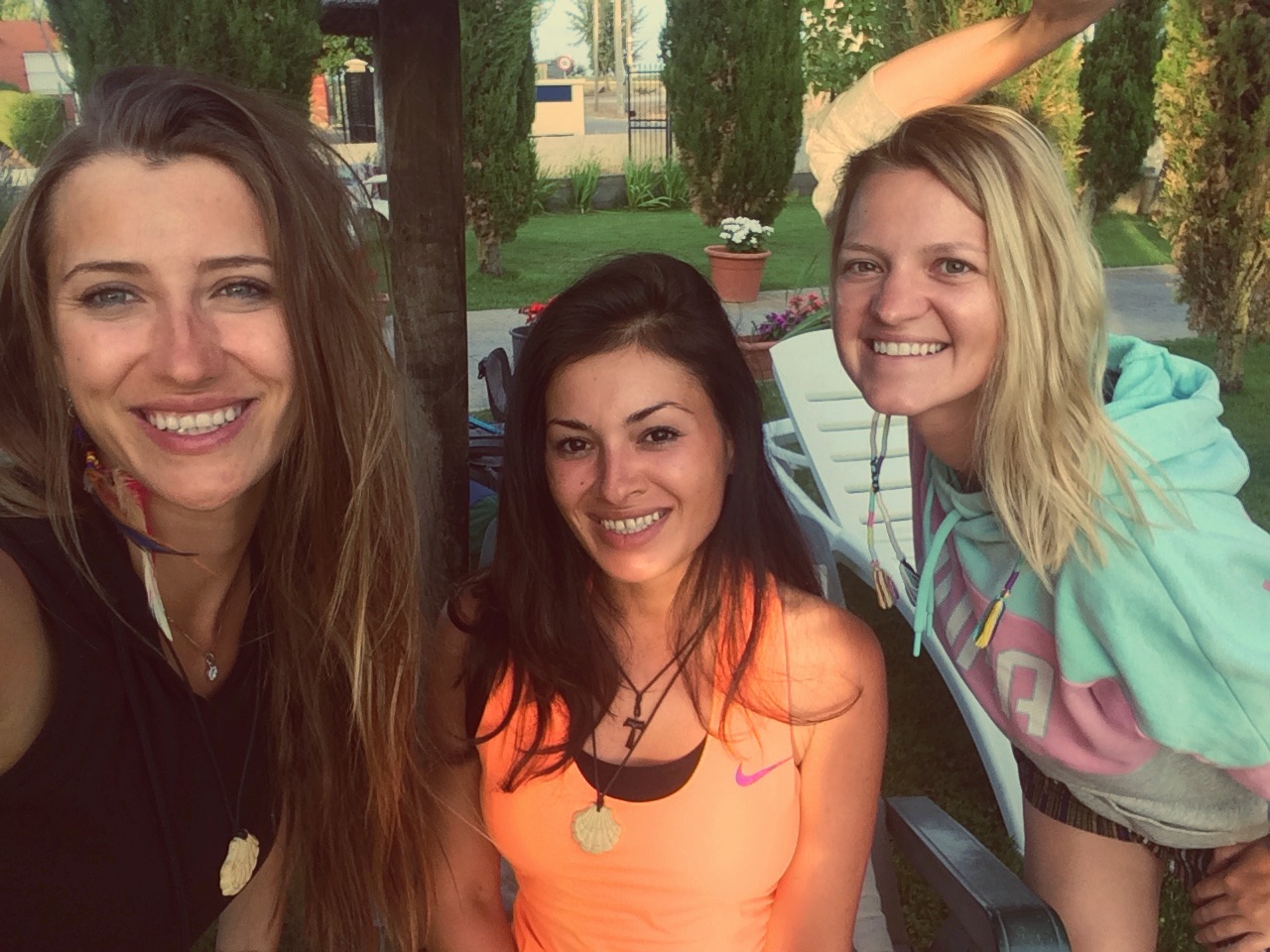 Absolutely beautiful, young women... outside and especially from the inside. We sat in the backyard, watched the sun set and had great conversations. 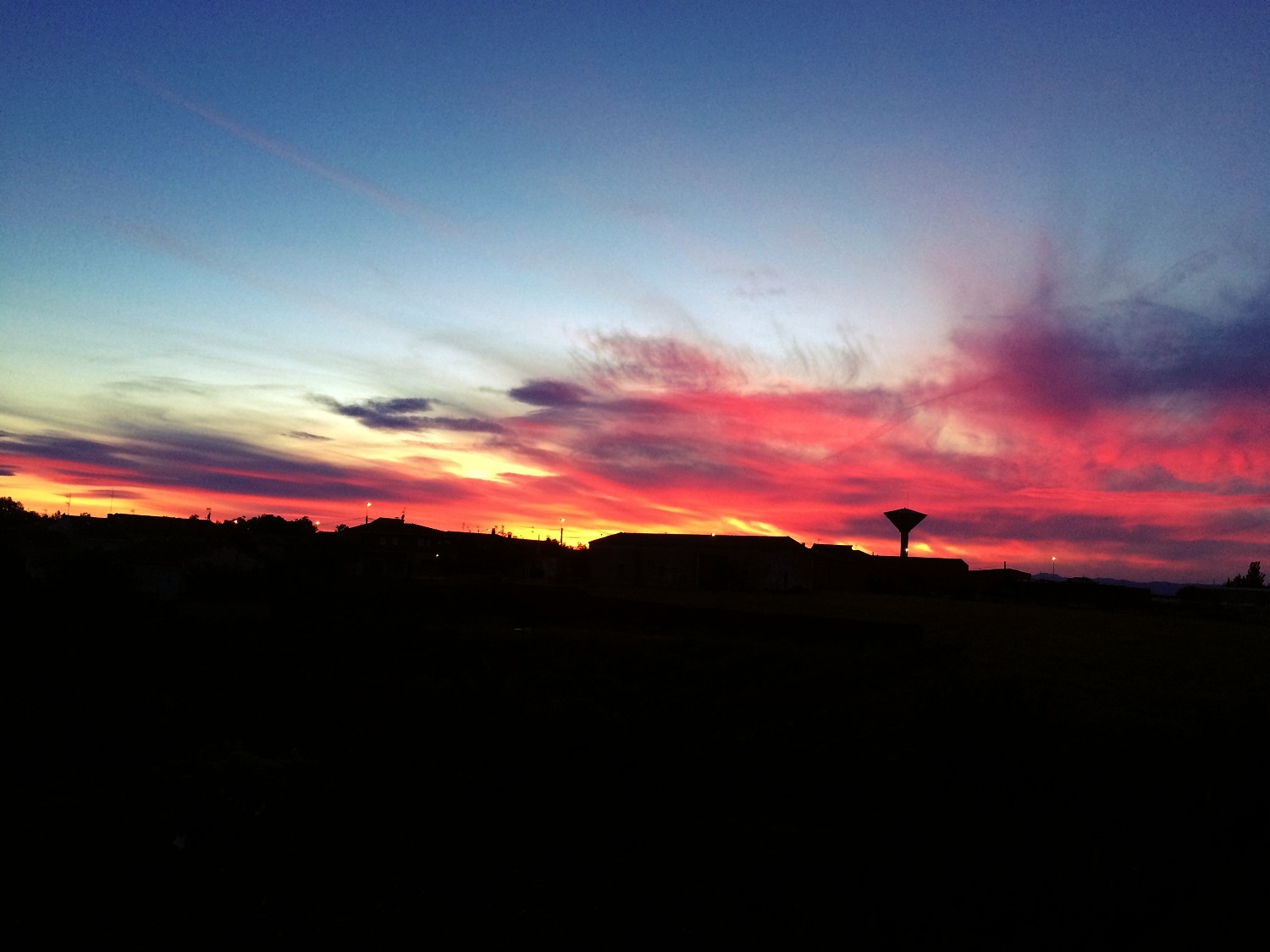 They’re cousins. Before going to Santiago, they came to a realization that everyone can do the Camino de Santiago for themselves. They wanted to do it for someone else. They found two children in their city, who need a financial help - a little blind girl and a disabled boy. They made a Facebook page where they post video updates and photos of their journey, in exchange asking for donations for these kids. There was an article about them in the local newspaper as well. People make the donations, so it is working!

When they got to St. Jean Pied de Port, their bags weighed 13 kilograms because of all the equipment they need for shooting videos and taking photos - they each have 2 phones, heavy power banks, a small drone, etc. Right away they sent 5 kilograms of the excess stuff to Santiago. They also like to buy stuff or take a pretty rock with them and that’s how the number of kilograms grows. But they’re tough ladies and are not complaining about the weight of the bags at all!

Sasha told me that every now and then they “chase” after the kilometers, but then they understood that they’re missing out a lot of stuff. Not just the sightseeing, but the emotions. They like to lay in the grass, sit in the church, leave notes on the rocks. They’re always the last ones to arrive at the auberge.

We made a deal to do today's journey together. I’d also like to not be in a rush.

The alarm goes off at 5 AM. I snoozed it, since I saw no one else was in a rush to get up. I woke up at 6 AM after a “good morning” message from home.

We started the morning in a group of 4 people - Sasha, G, Diego (from Belgium) and me. Diego slept in the meadow yesterday, he has a tiny tent with him. The morning starts off pretty tough for us, because G can’t function without a cup of coffee. And there is no one in the auberge to offer it to us that early. Nothing else left to do, but to make our way to the first village, which is only in 10 kilometers. I once again come to a realization that it is good that I’m doing this alone, because it is very hard to look at someone who’s having a hard time and realizing that there is nothing that you can really do to help that person. Especially if it is a close person.

The path today took us through corn fields. 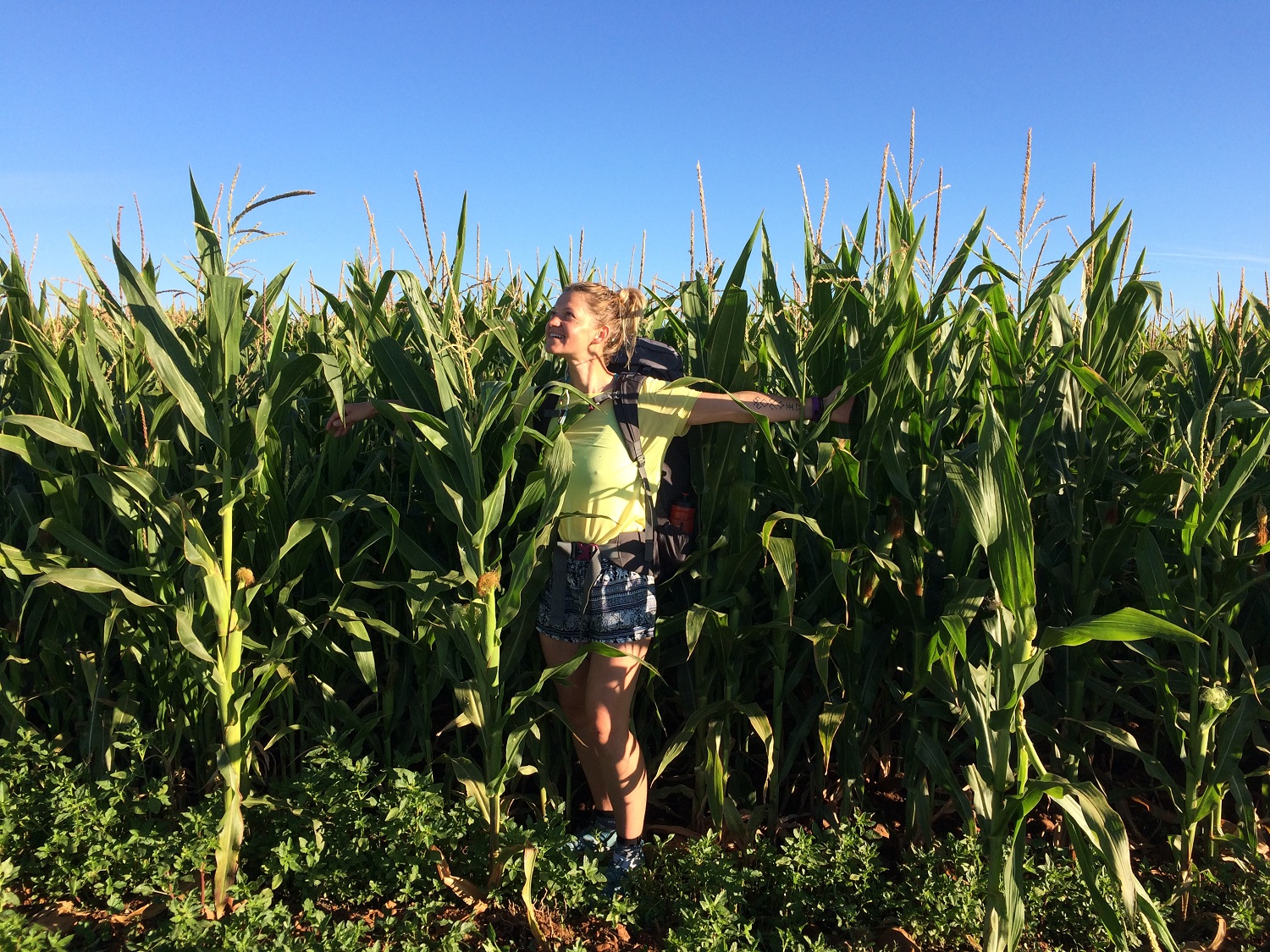 We reach the town - G gets her long awaited coffee, and I get my breakfast. The girls noticed my temporary tattoos and liked them, so I stick some on them too. 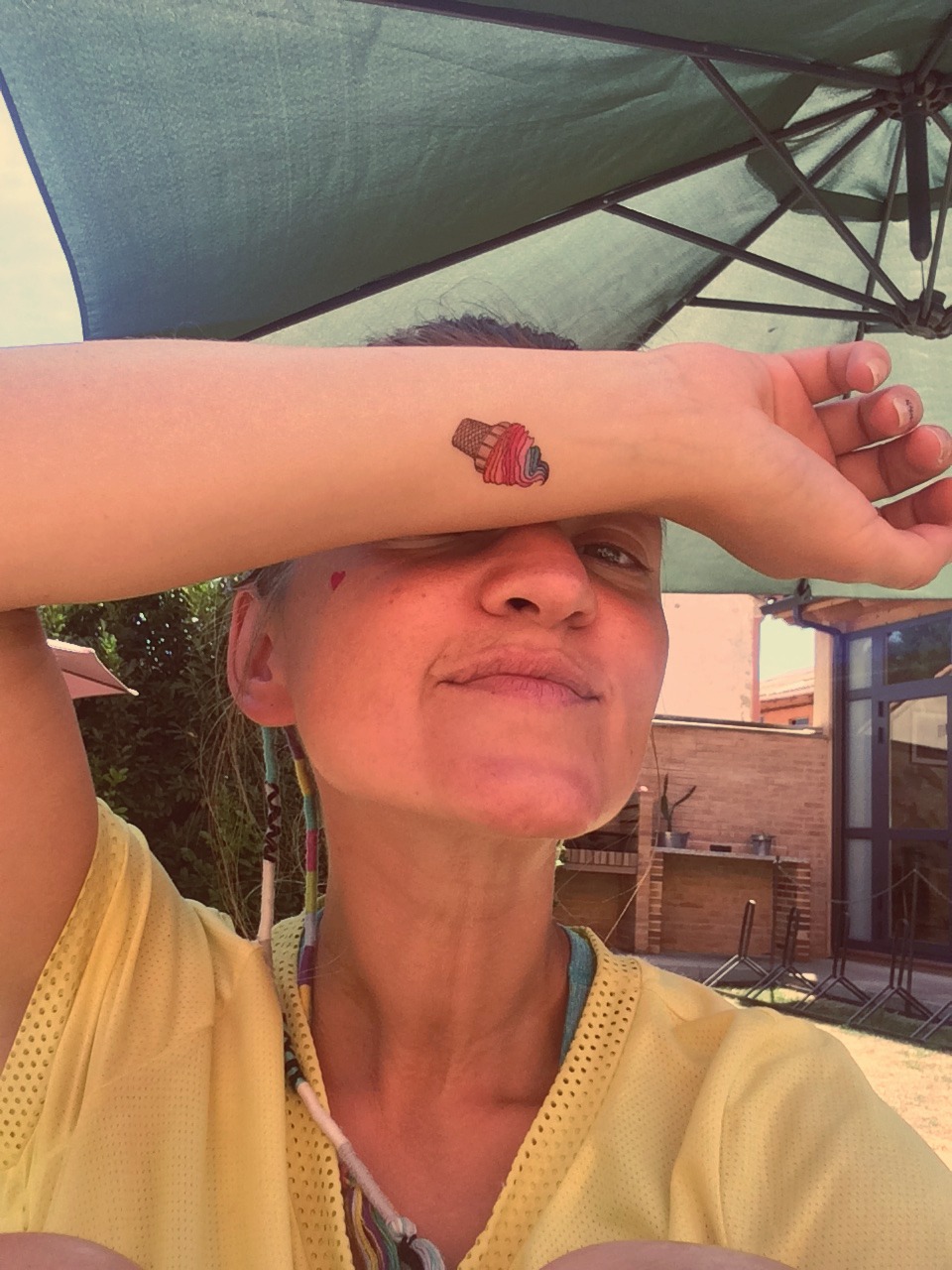 The girls had met an Italian man Antonio and they had made plans to see him at a bar in the next town. We head over there, have a glass of coke and the owner of the bar gifted us lollipops for the journey.

After a while we reach a very beautiful village. 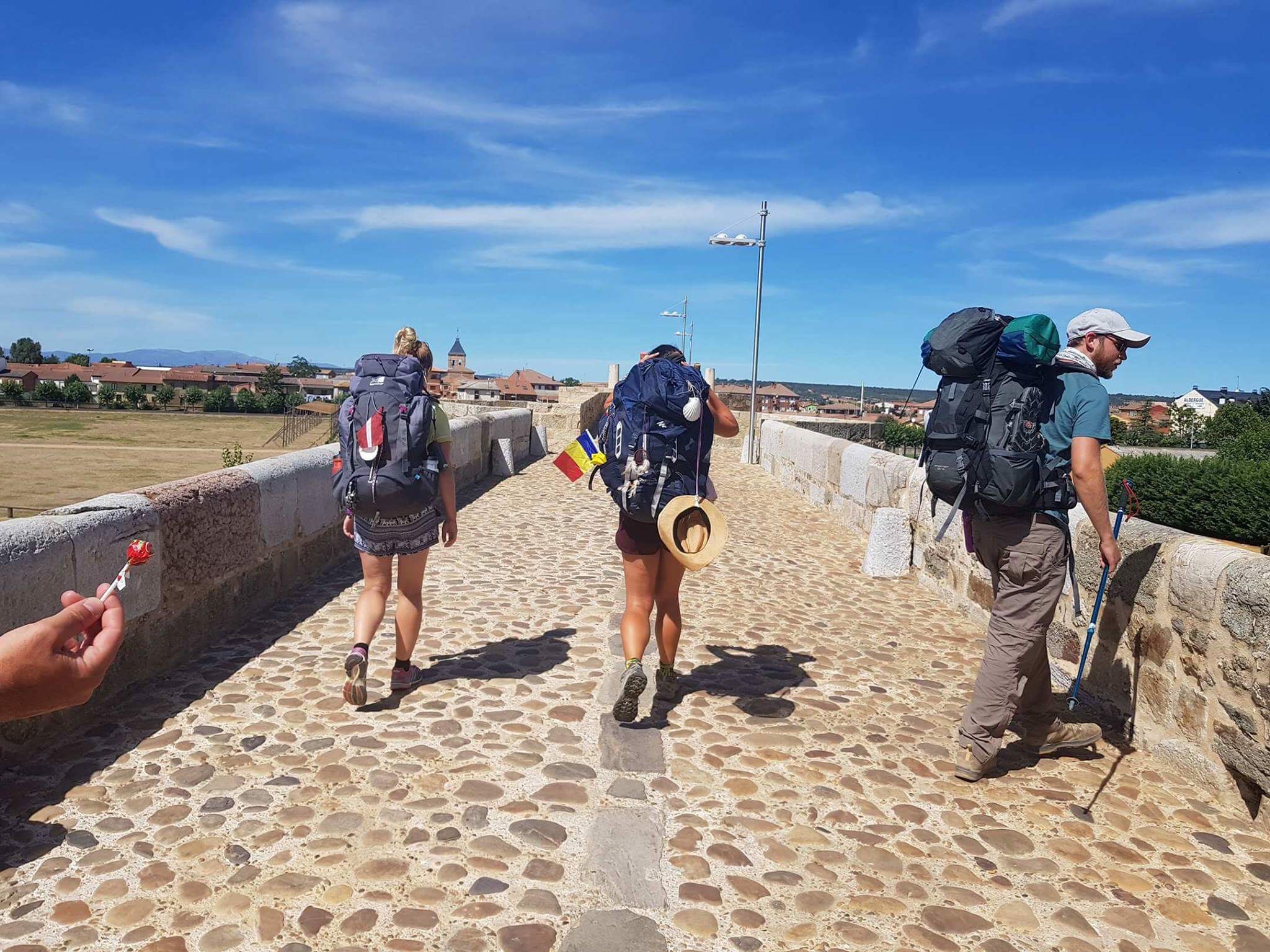 I got a stamp at the local church, which takes the last space on one of the pilgrims passports sides.

We had lunch in one of the next towns - very tasty and cheap. Antonio is amazing - before he got to Santiago, he didn’t speak English. Now he’s so good at it! Except when at the lunch table we were discussing multiple topics and we had a hard time understanding each other opinions. He didn’t understand my English and I didn’t understand his Italian. In the end somehow we got the gist of each of our opinions.

As we continued the hike, we stopped in the middle of the path, because we wanted to fly the drone. I have to say, that no one really had the experience to fly them and Sasha bought it right before the day she departed.

The first attempt wasn’t really successful, but while we were doing it, a man was driving by and stopped to check in on us. We said we were good and he turned around and went back! How sweet! He came all this way out to check on us. That made everyone feel nice and we continued our hike with a smile on our faces.

It’s a bit past noon and the heat is enormous. I don’t think I’ve ever seen sky this blue. That color was super powerful. 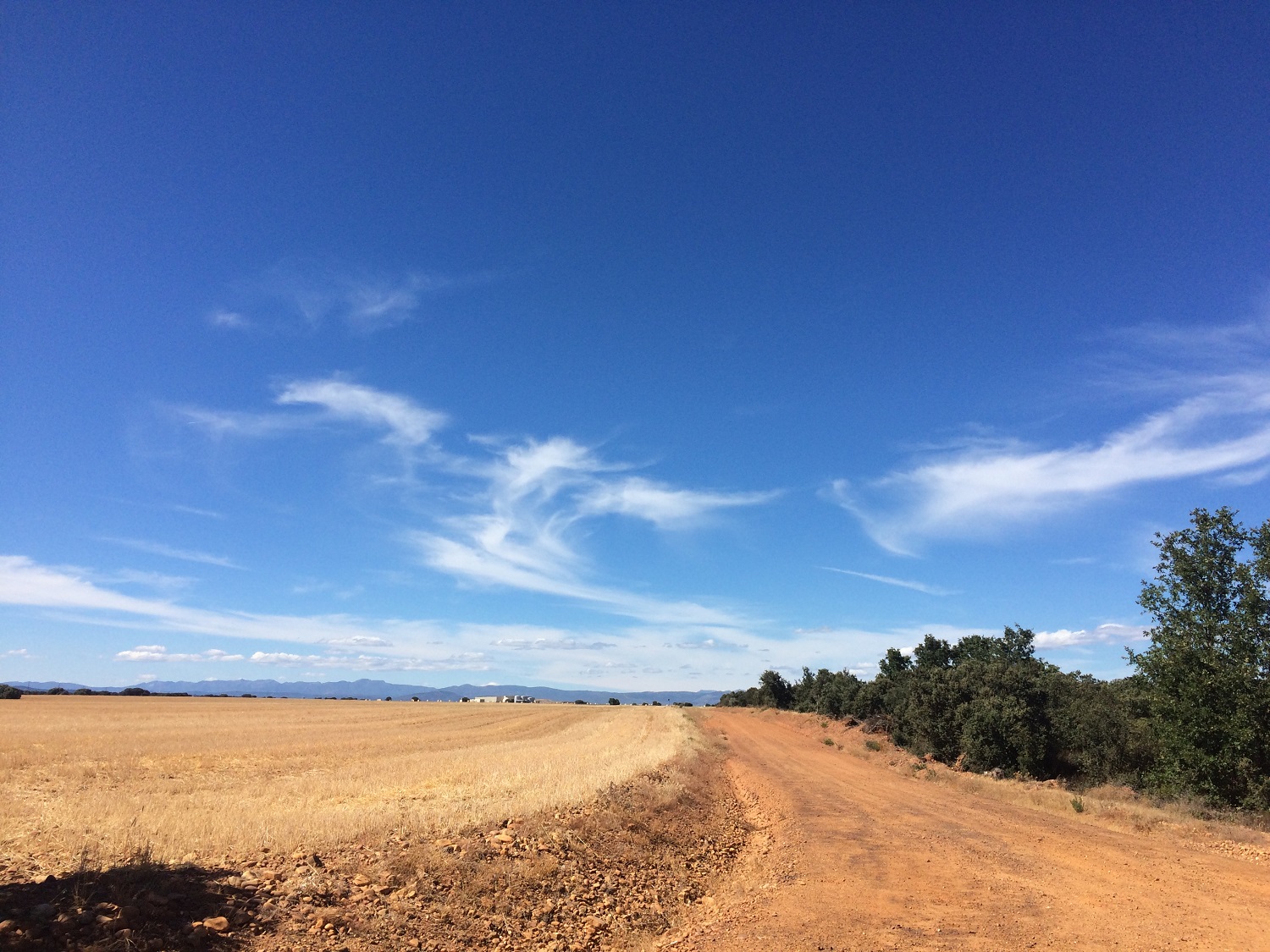 The last 11 kilometers had no villages, no water fountains and no shadows. Just the desert. 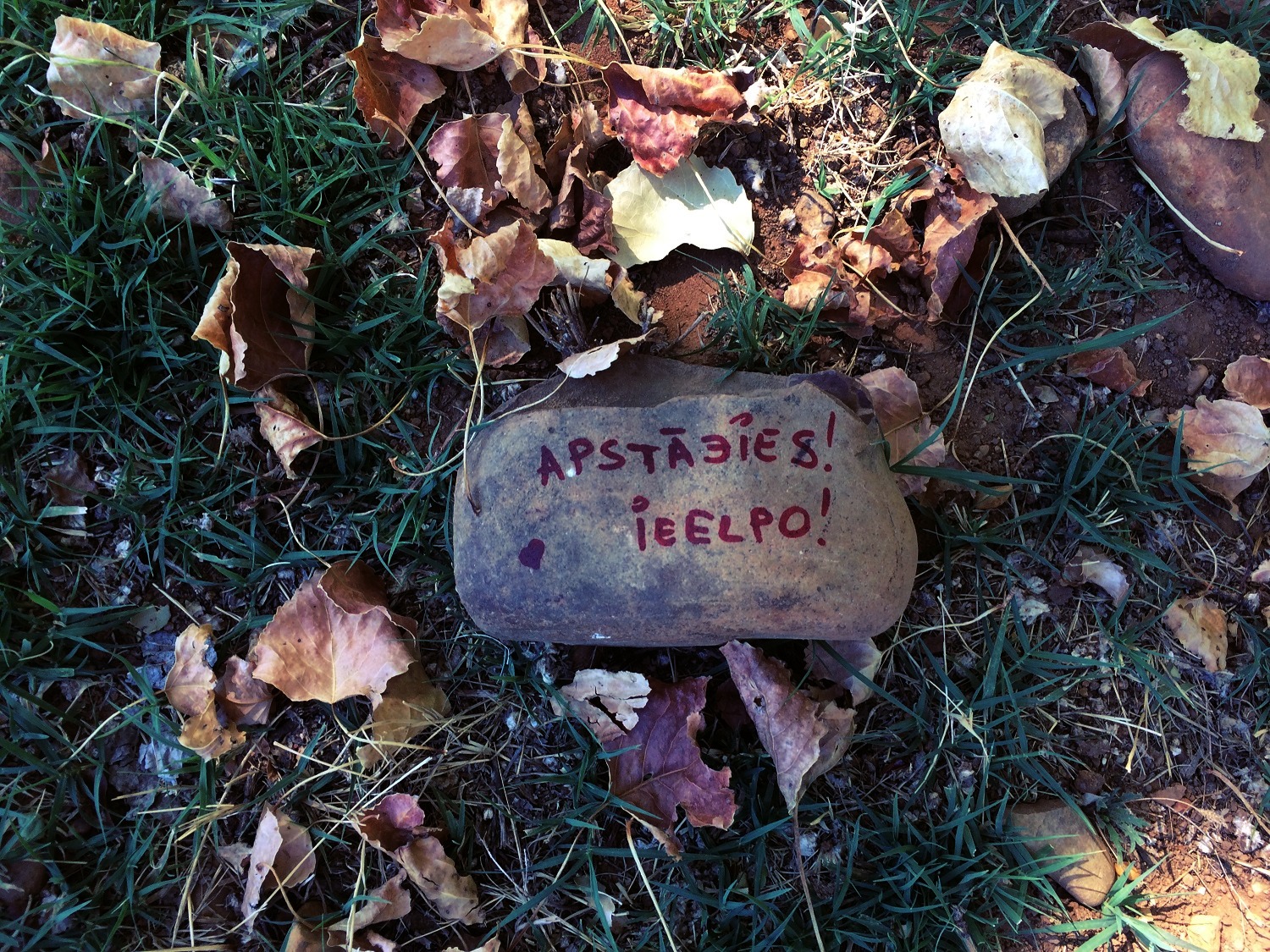 When after 6 kilometers we saw this oasis, we couldn’t believe our eyes. It’s all for donations. We spent at least an hour here. 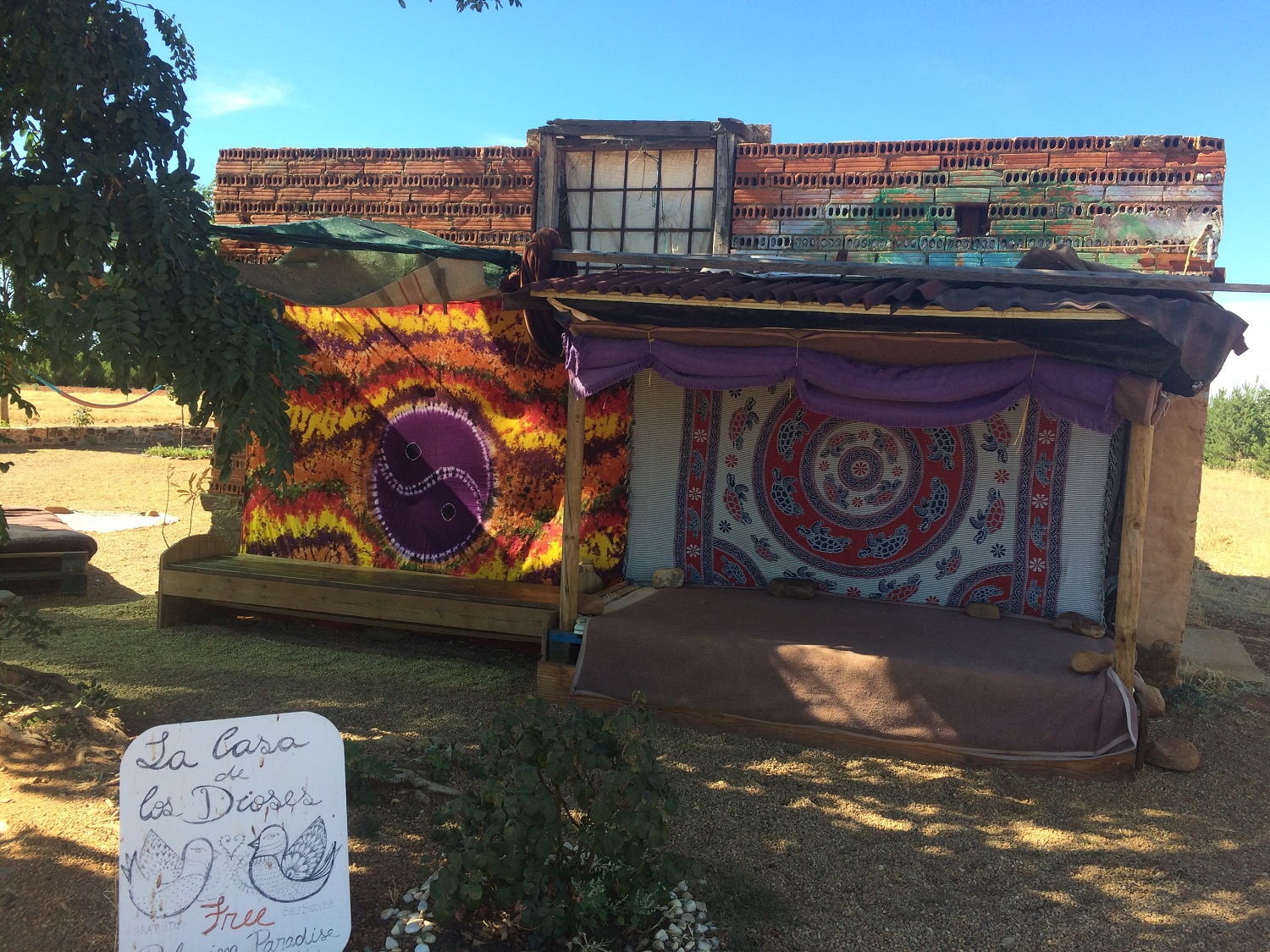 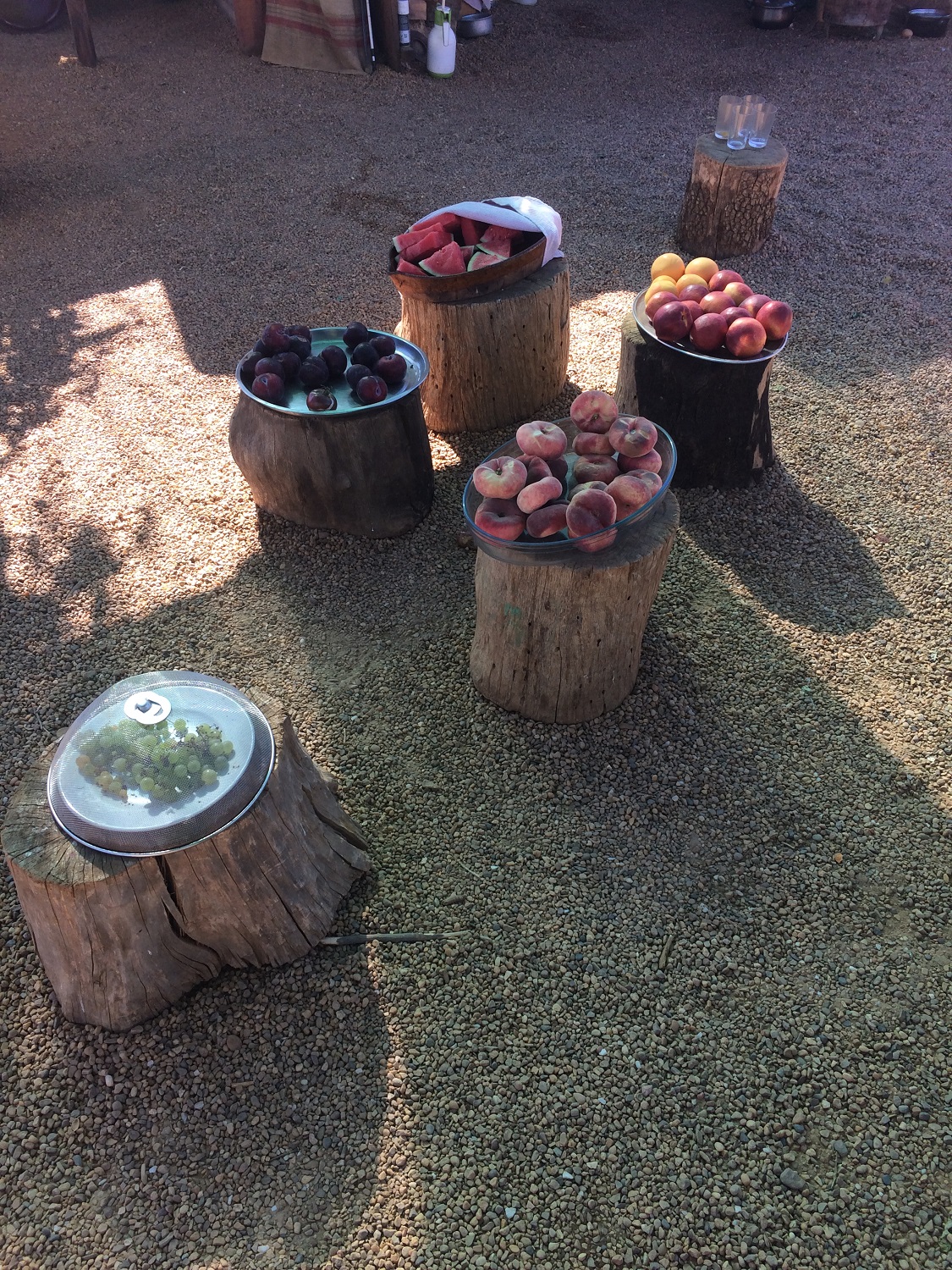 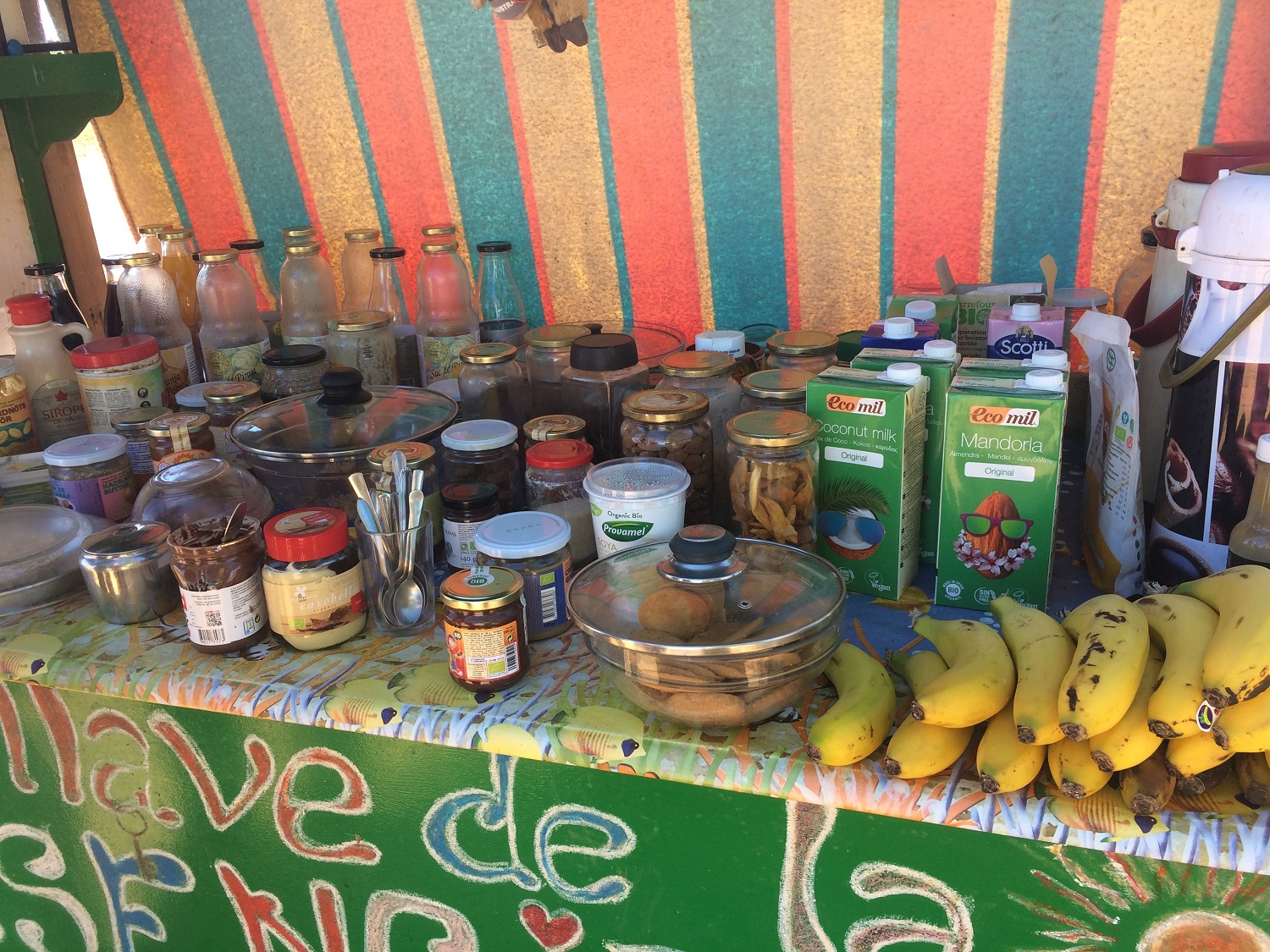 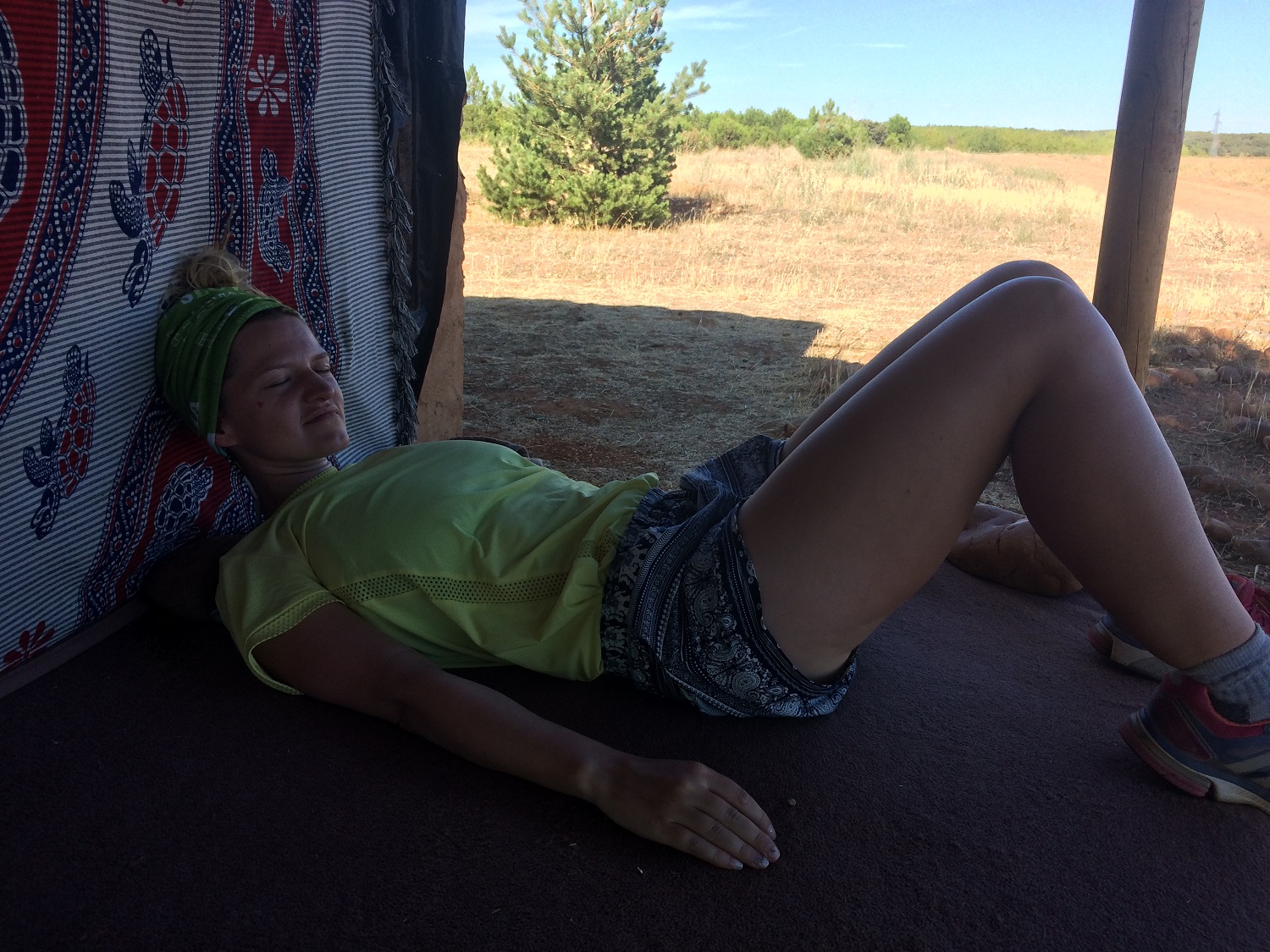 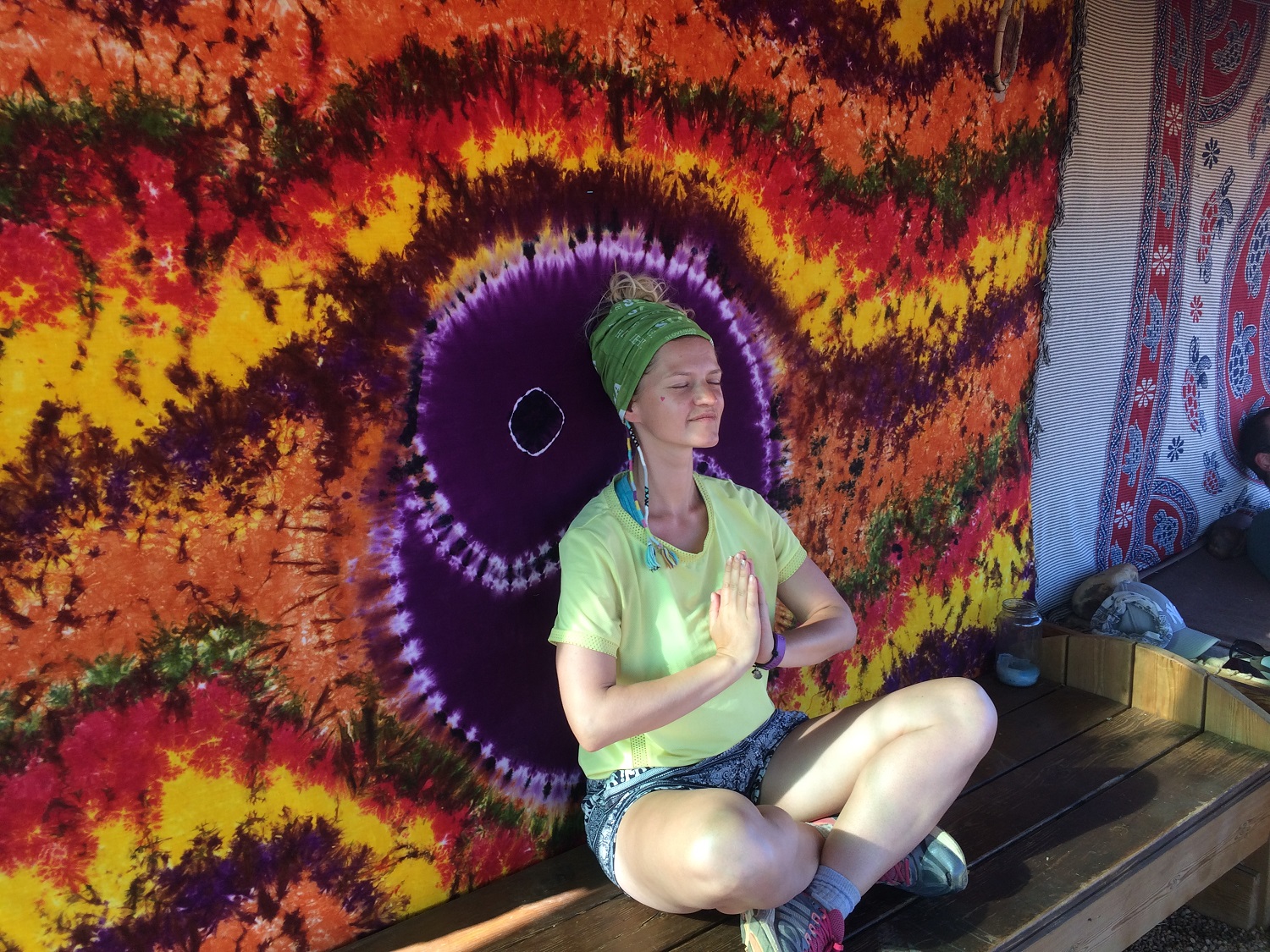 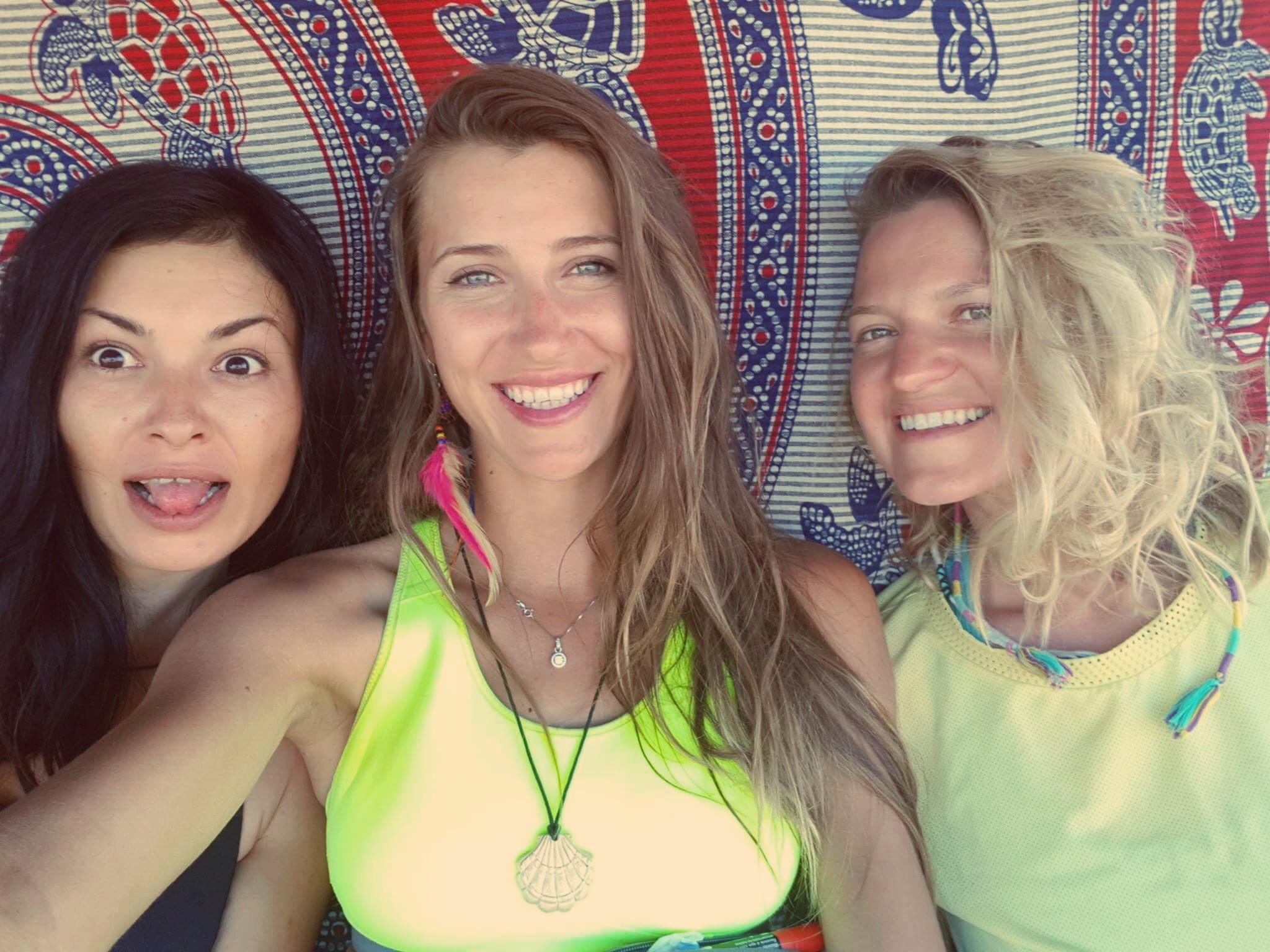 Altogether we spent almost 12 hours today to get to our destination and we got to the auberge at around 8 PM. But it was so worth it. And legs feel pretty good too. The sun, though.. Now I’m wearing white socks even when i’m not wearing socks.

Huge beds and good hotels are overrated. I had nightmares all night. But breakfa...

The morning started pretty funny. We got woken up by the angry owner of the aube...