Jordan - is it safe?

Often enough one of the first questions when I told people I was going to Jordan was “Is it safe?” Even without them asking, we realized that we had to explain to our family and closest friends that everything was going to be fine. We did our research as well and read that it was not suggested to go north to the Syria border and south to the Saudi Arabia border. This time we also did not forget to register our trip with the Ministry of Foreign Affairs, they have an app called “Travel Safe”. We suggest to use these things on every trip (mentioned web and apps provided for Latvians).

Since we keep traveling outside Europe, we decided we should get vaccines against the A and B hepatitis. At the Infectology Center it is possible to get them quick and “painless”. Before getting the vaccine it is suggested to contact the center and ask if the vaccines are available. The combined A and B hepatitis vaccine cost 49 EUR. You need to do it 3 times - first one, a month after, and a year after. And another nice thing was that the staff there was very welcoming and were very happy about the fact that young people go abroad and are also being responsible about their health.

We also read online, that a lot of the travelers really loved the people of Jordan, some said “Best nation I've met!”. We were happy to read that but we also knew that we could only make sure of that when we actually get there. Since we were in Morocco only a half a year ago, I was expecting intrusive salesmen, taxi drivers and beggars. But already on our first evening there we realized the people were completely different. People are very kind, helpful and love to smile. As we were walking the streets, every now and then we heard people call out - “welcome to Jordan!” At some times we couldn't even turn our heads to all of the directions to smile and say thank you.

Once again I get sad about the perception of the Muslims or followers of Islam. Very often what we see on TV or read in the news creates a wrong impression, sometimes even the information is very far off. The perception of - every Muslim is a terrorist, they only hit their heads on a carpet, nothing is sacred to them. No, just like us, most of them believe in God, but it has a different name. A truly religious life is considered to be one where you only serve humanity. You have to take care of your parents, when they've reached that age, help your relatives, even financially if needed, you have to be the best neighbor you can be and get food for orphans. The basic morals of Islam is fairness, forgiveness, truth, kindness and honesty. And you can really feel it everywhere you go.

The people! The people are amazing! We got so many gifts! Here are a couple situations and moments we got lucky to experience:

And not only the ordinary people are kind but those who work for the safety services as well. As you go into the mall or airport zone, they greet you with a kind smile, before they ask you to check the trunk of the car. At the Petra entrance and other biggest sightseeing spots you'll have to send your bags through the safety detectors and they might also double check the men. We're used to serious big guys who do it, but not here in Jordan. They'll always smile at you, greet you and wish you a good day. On our way back to the airport we could've gotten in trouble, we had unprofessional walkie-talkies with us that we use on trips to communicate with each other if we decide to roam around separately for a bit. Since we didn't find a clear answer that we cannot bring them - we brought them. On our way to Jordan, no one cared about them, but on our way back at the Amman airport we had to explain that we were not from an army, that they are not professional walkie-talkies and that we use them just for ourselves at both of the security checks. After calling multiple managers, sending photos, checking our passports, the man asked us what we liked most in Jordan. When we said - people, he said it is very nice to hear that. He didn't want this walkie-talkie situation to ruin that so he'll try to do his best and find out how we can take them with us. After a bit more than 10 minutes, we took the batteries out of the walkie-talkies, put them in separate bags and were good to go to the aircraft. And the border patrol by the Dead sea, where we swam in a forbidden beach. They said they feel honored that we are visiting Jordan and gave us 2 water bottles. This once again confirmed that each of us have so many ways to be kind.

About a couple people we met in Jordan I wrote more in detail in the previous blogs. We got a feeling, that we also did not have to watch our stuff so obsessively as we do in other countries. We felt very safe. We trusted.

During our two weeks we met so many people, had so many different conversations, shared so many laughs and acts of kindness. These are just a couple moments, but we had twice as much. Hugs. Hand shakes. Language lessons. Help. Kindness. Smiles. These things have no beliefs or religion or skin color or nationality. We are all the same. I wish everyone to feel it.

Here are a couple photos for memories. 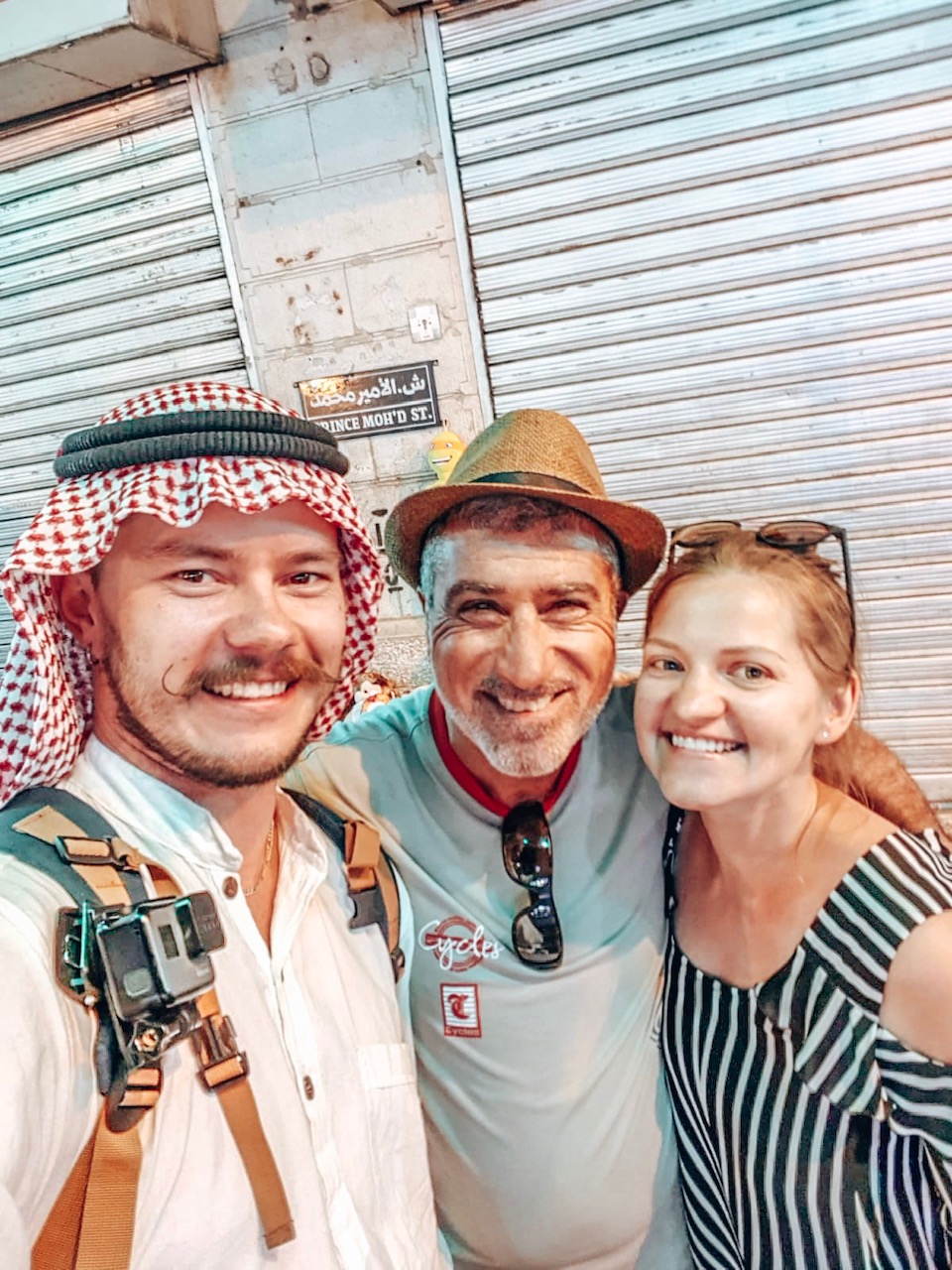 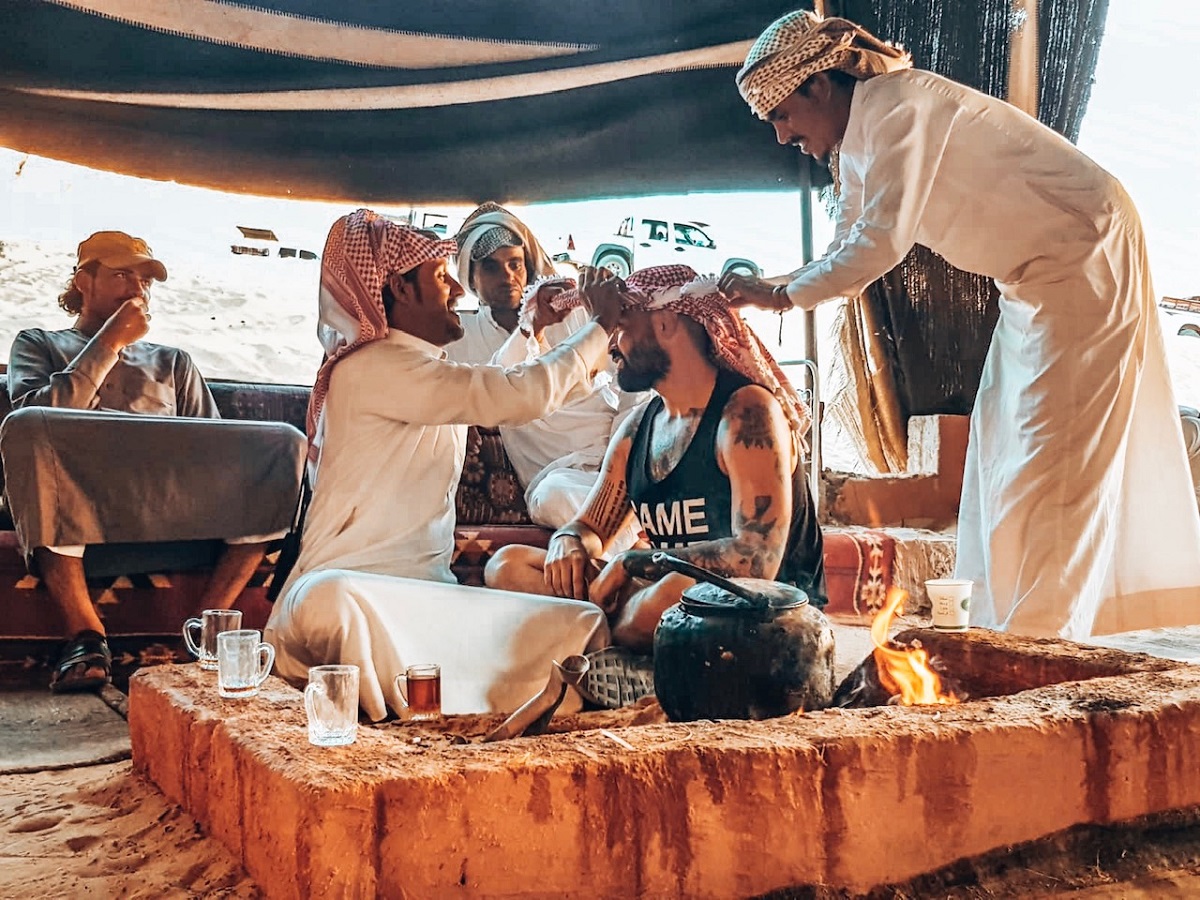 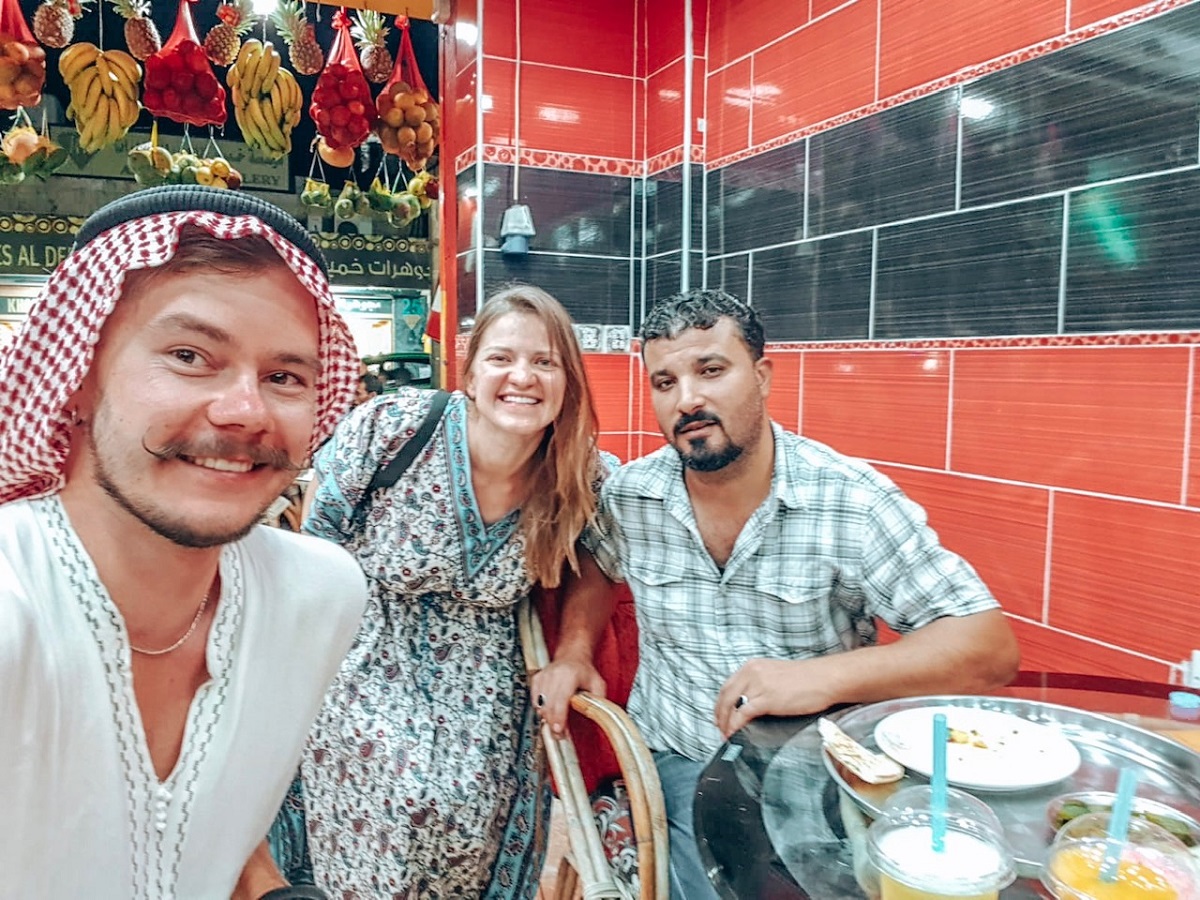 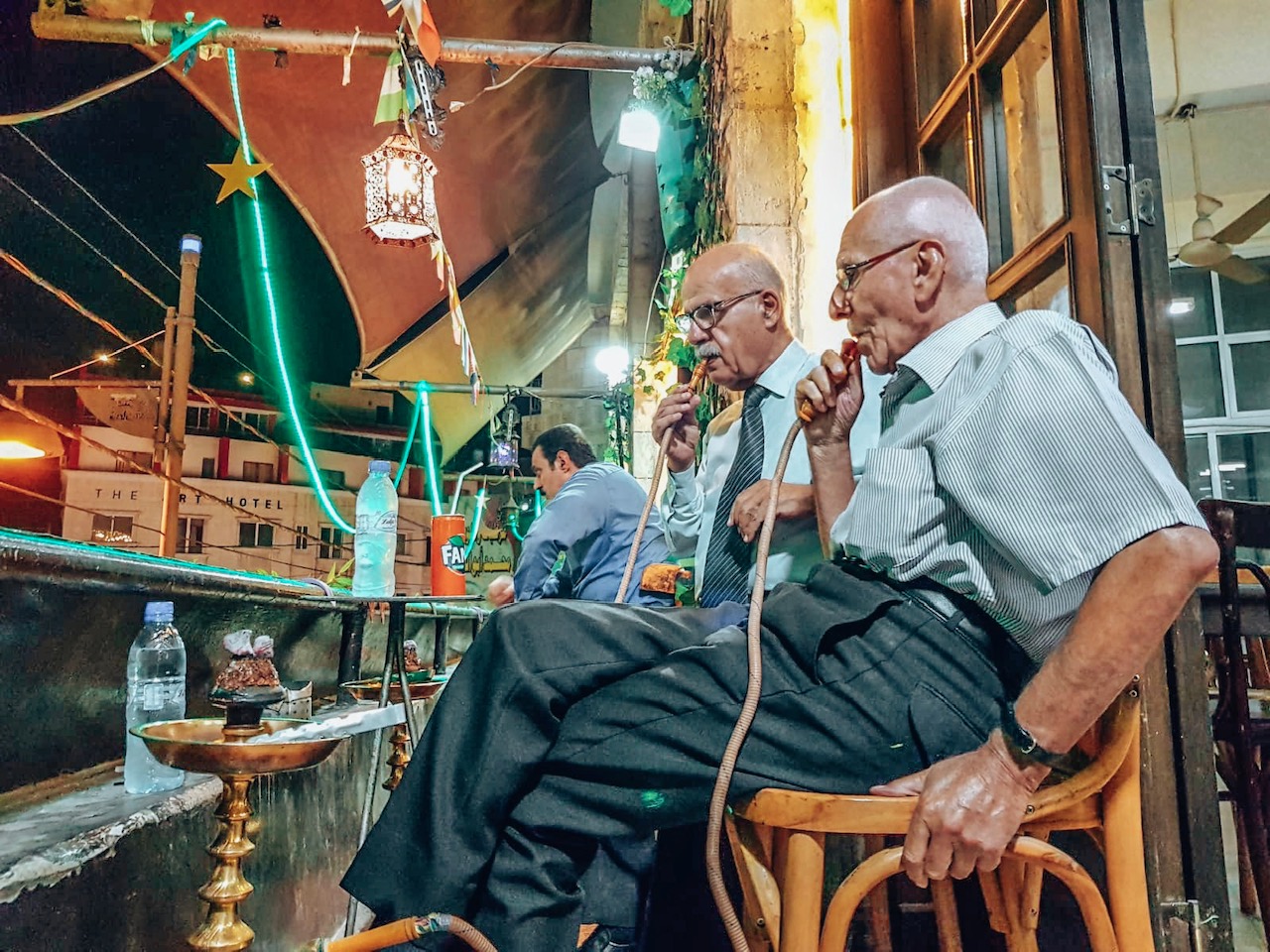 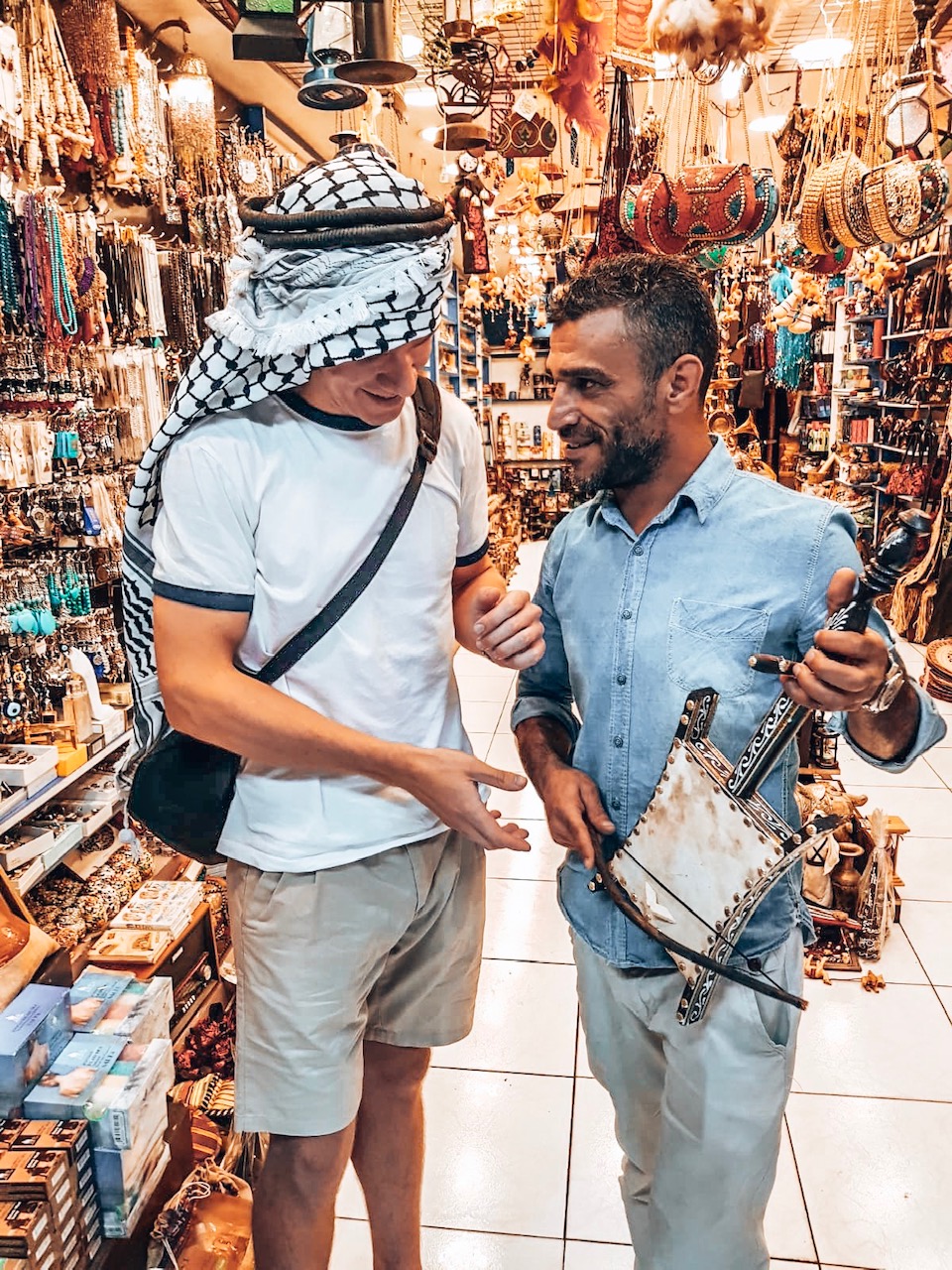 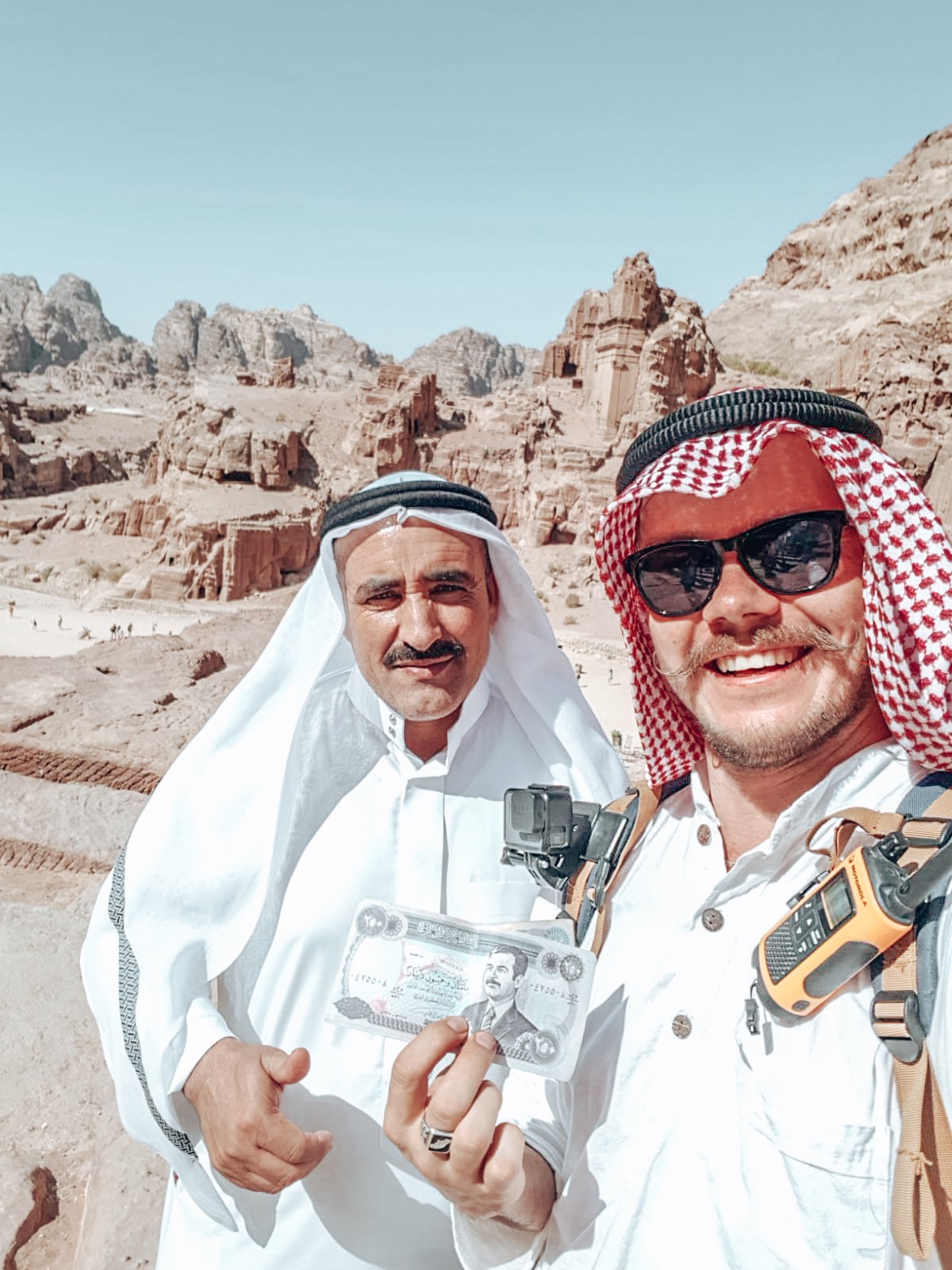 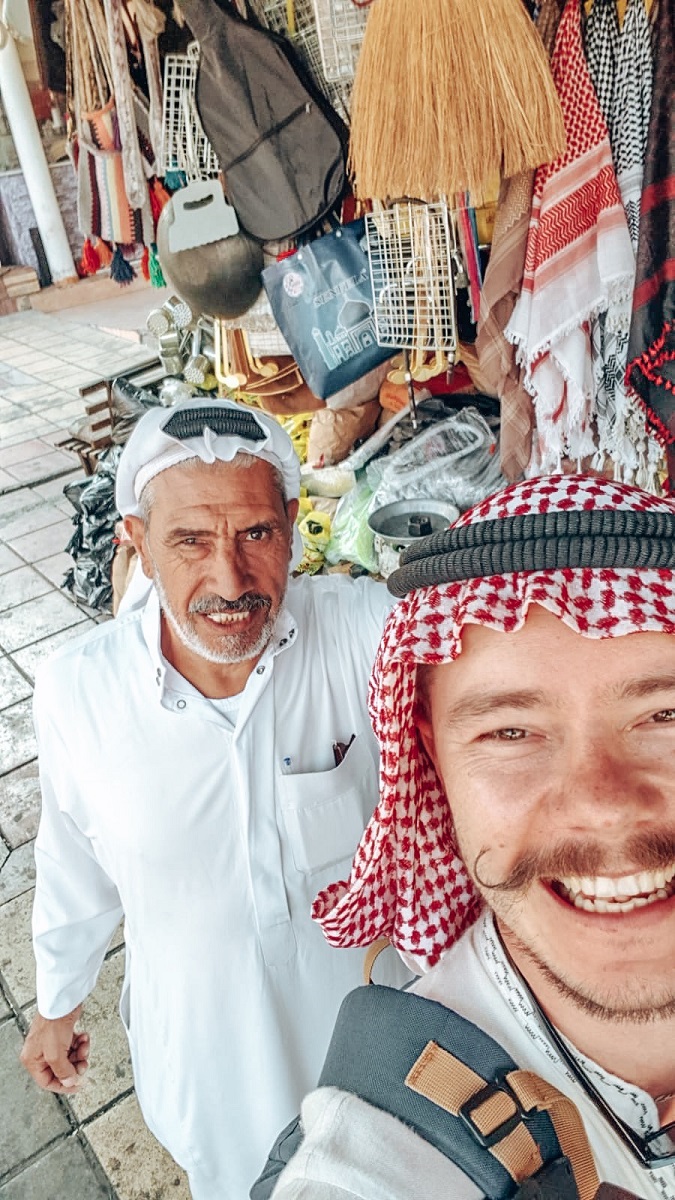 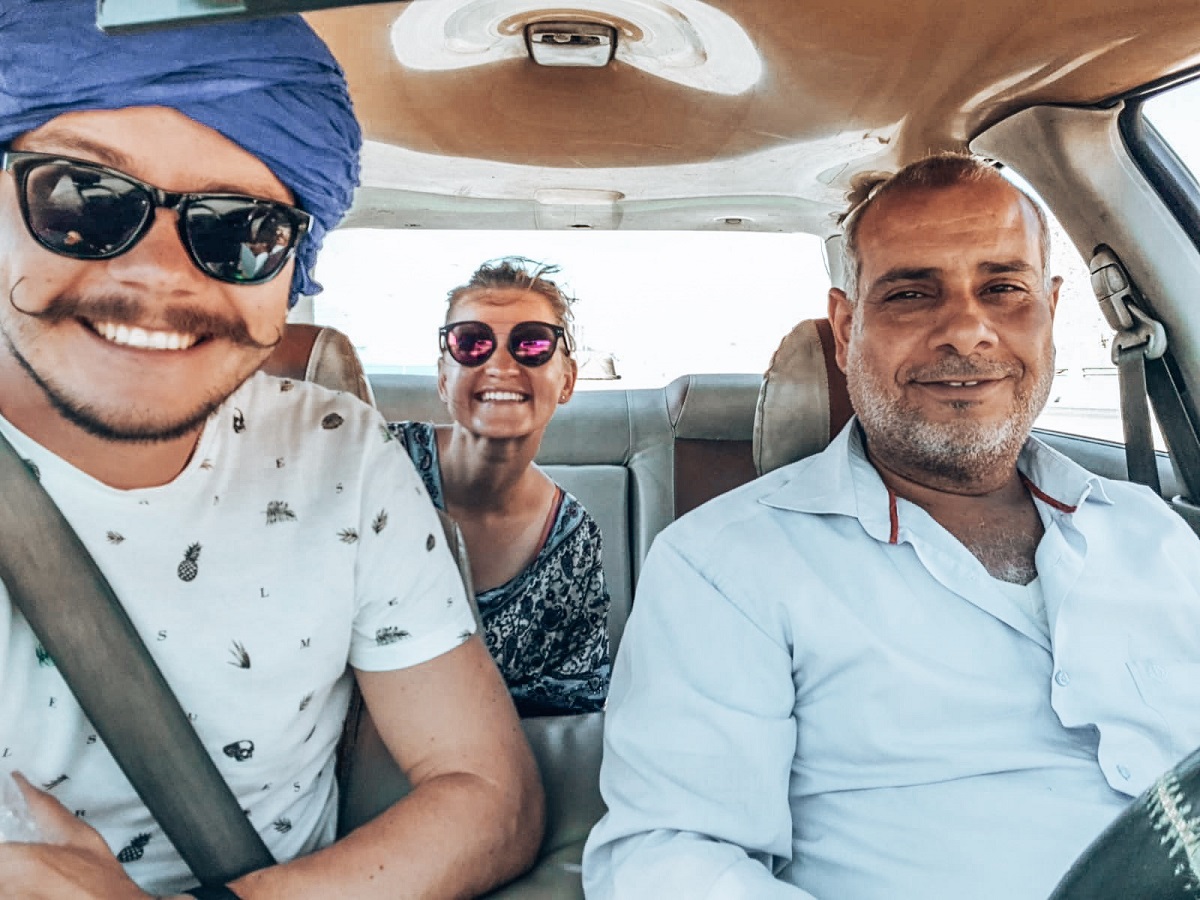 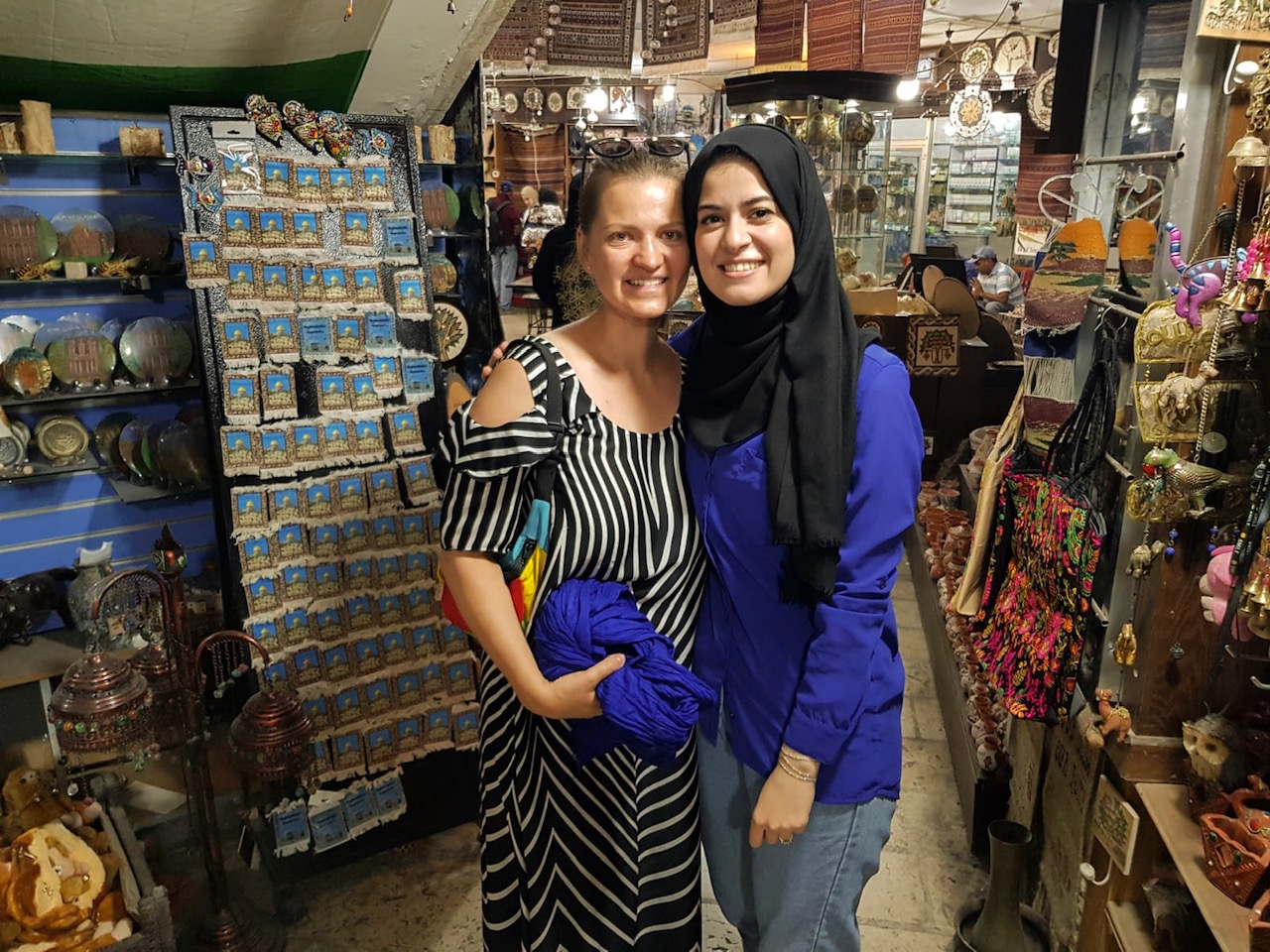 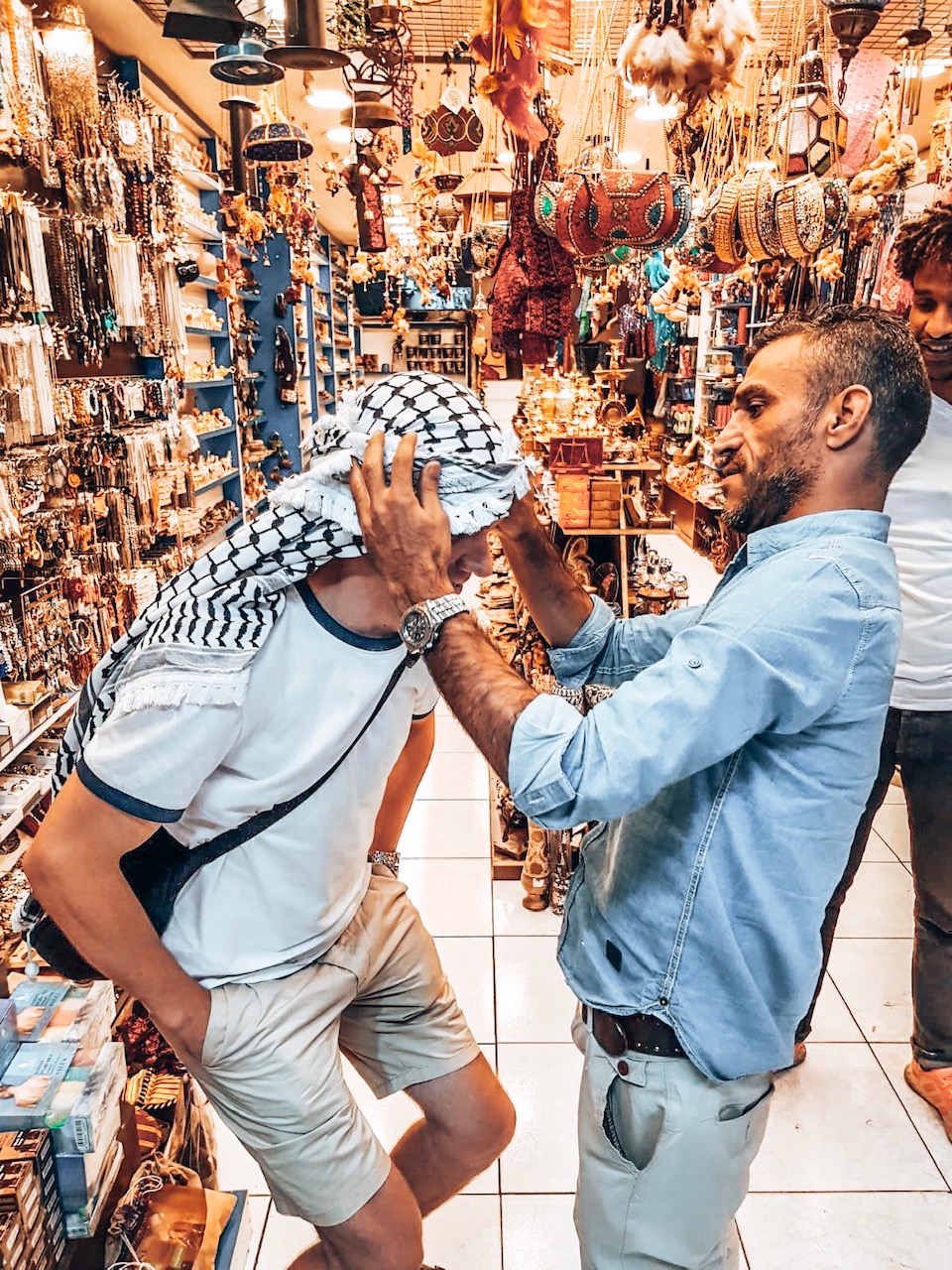 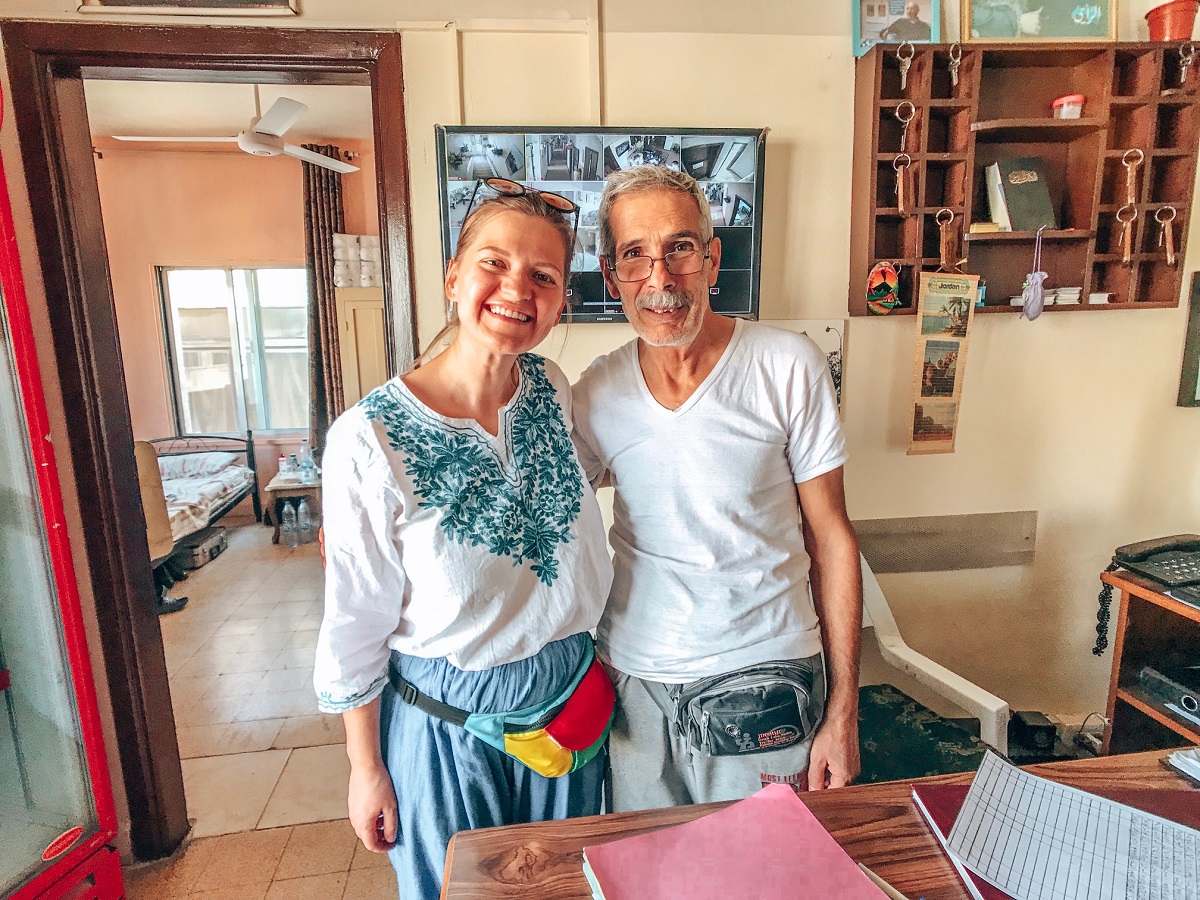 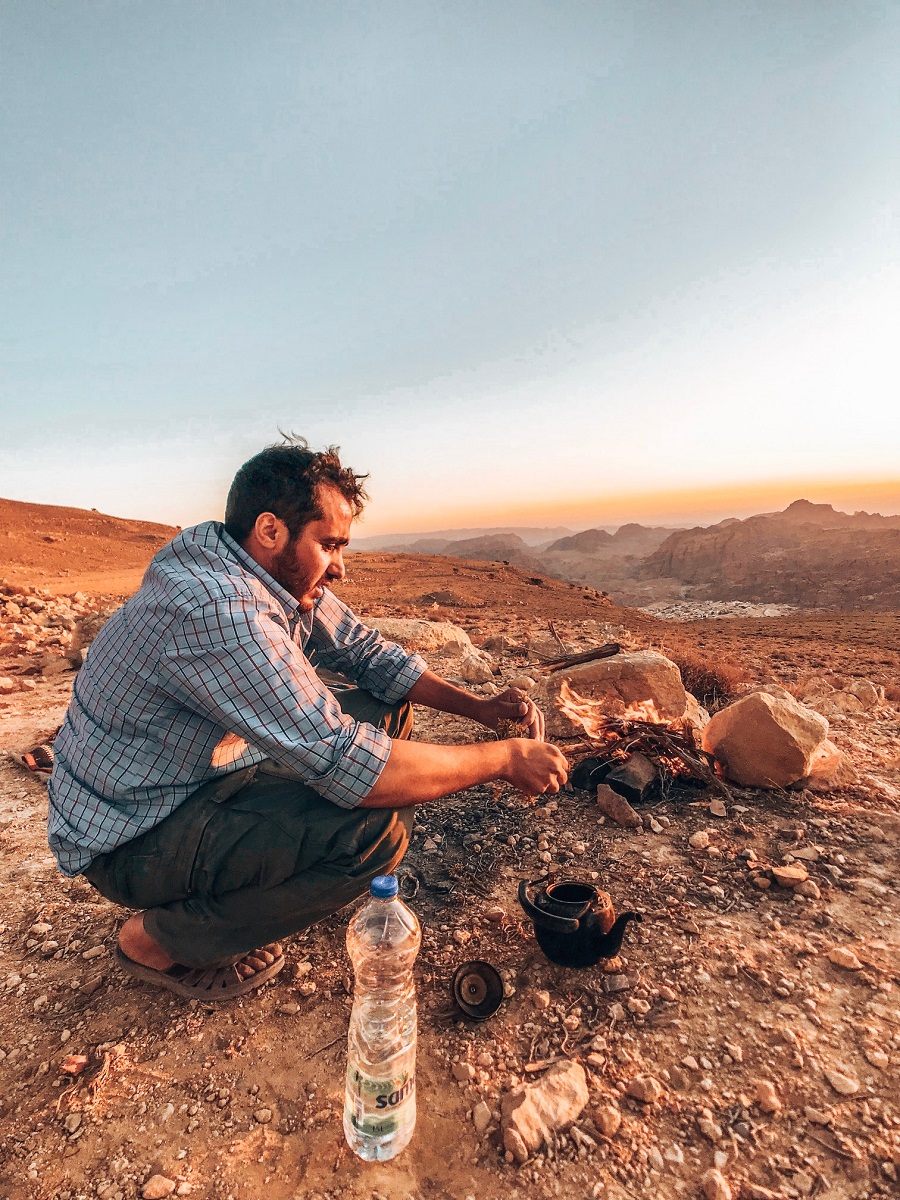 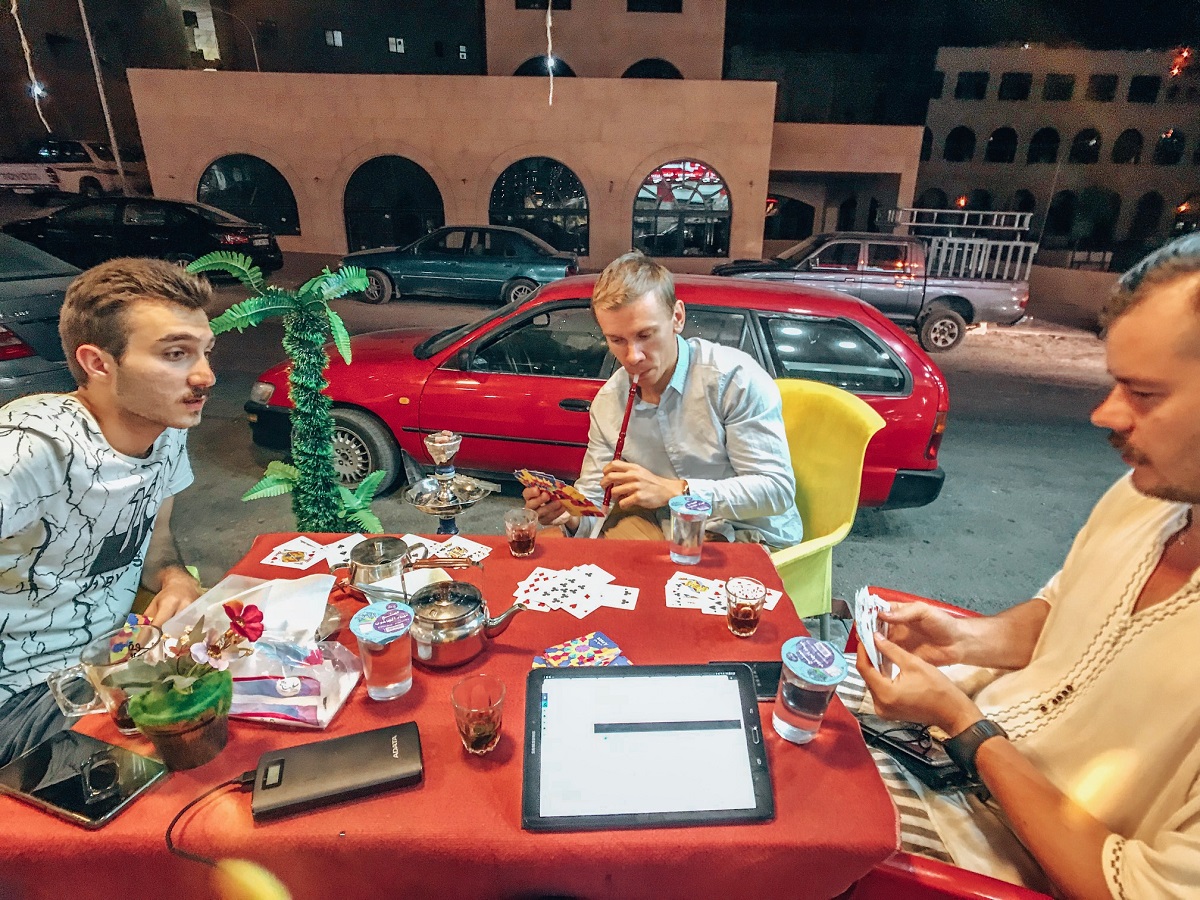 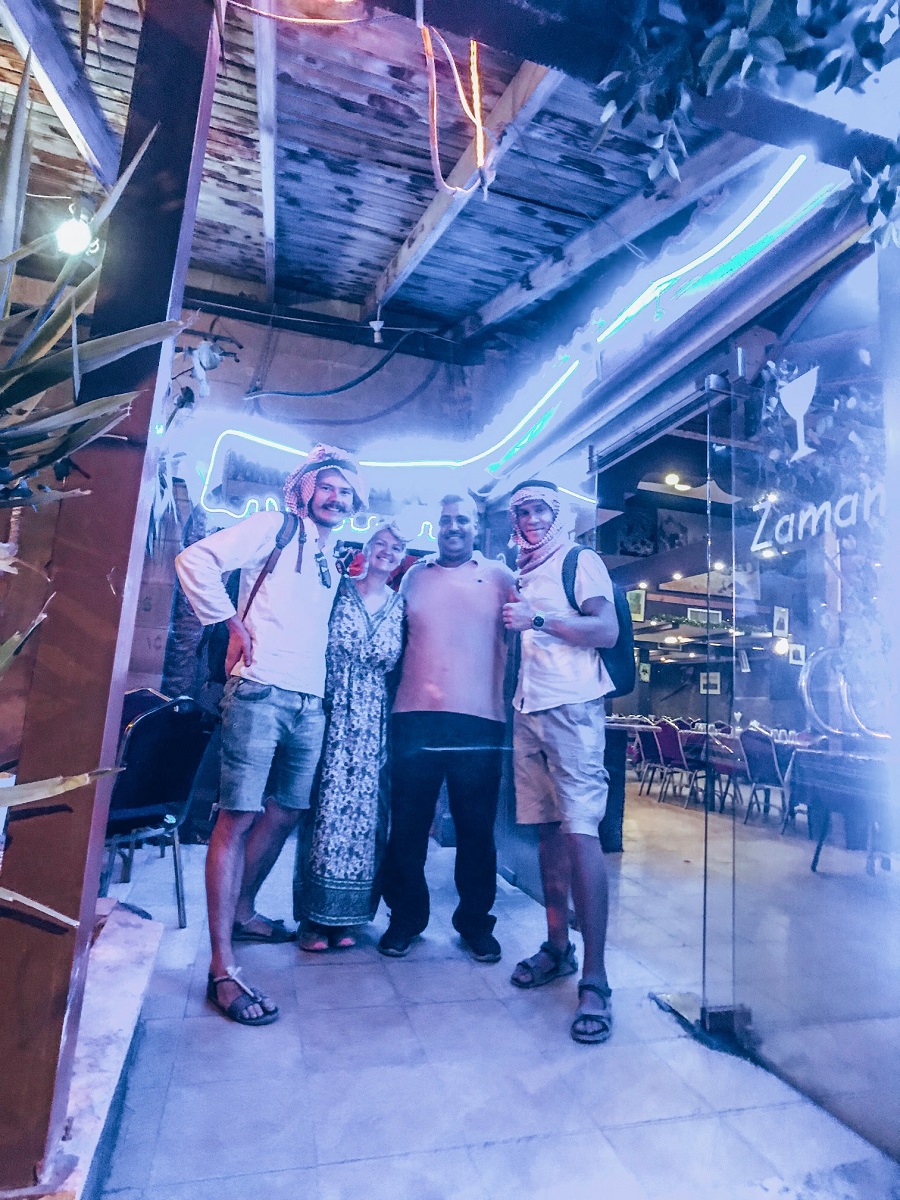 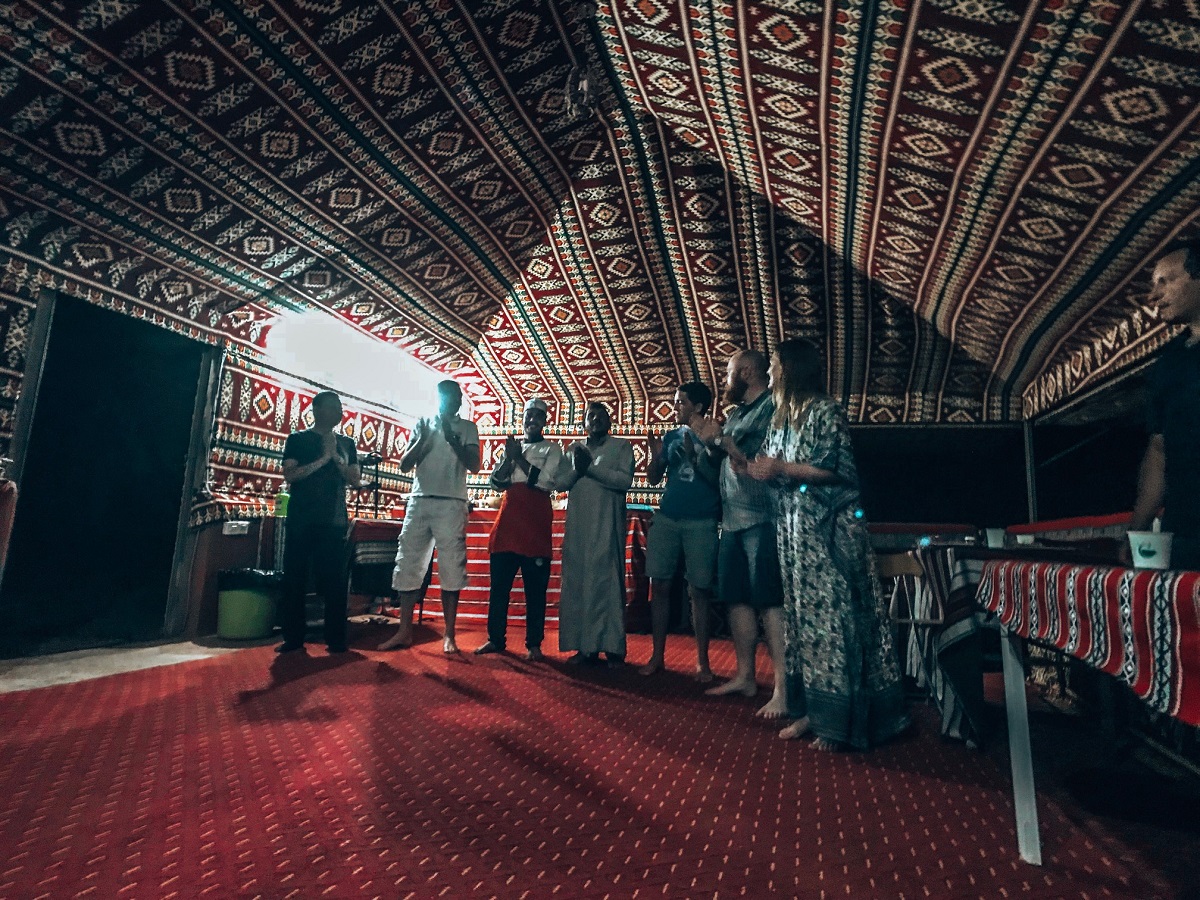 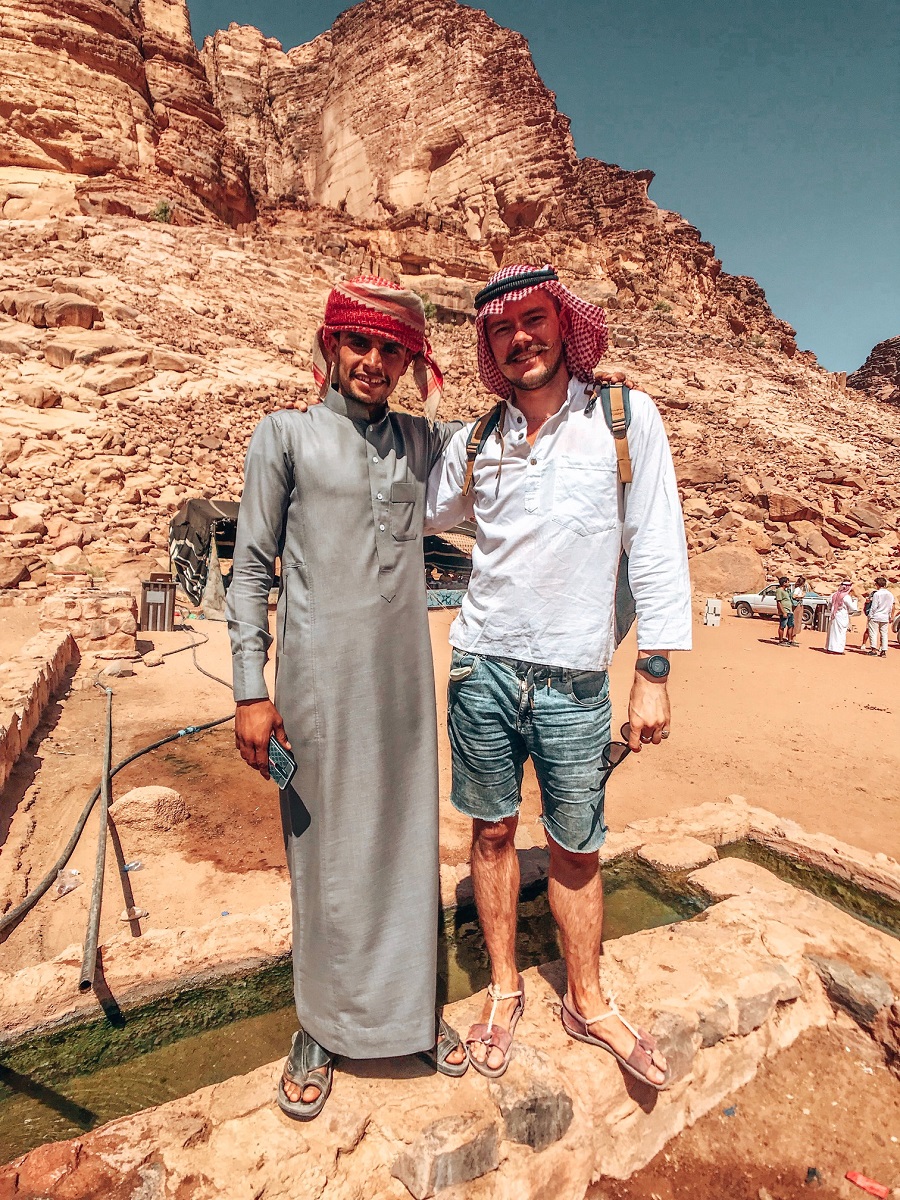 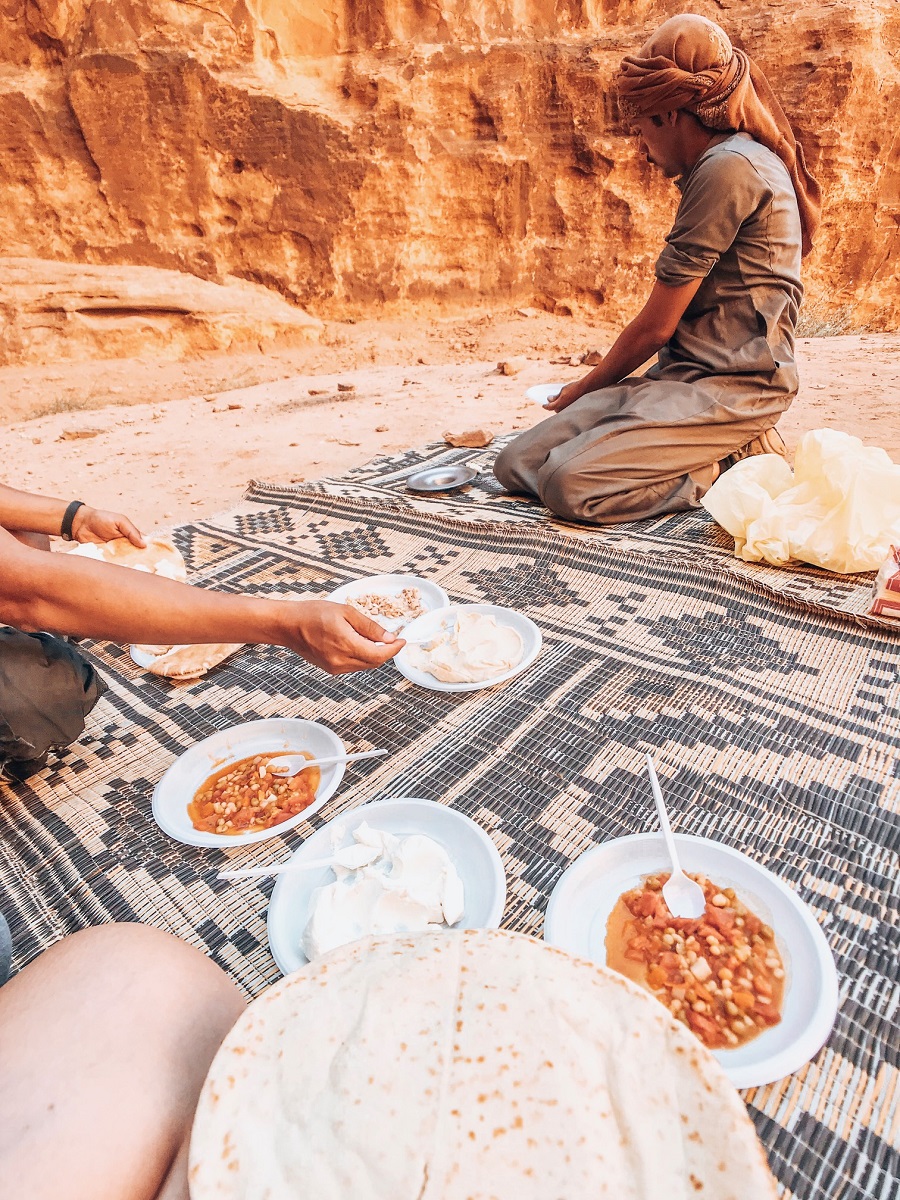 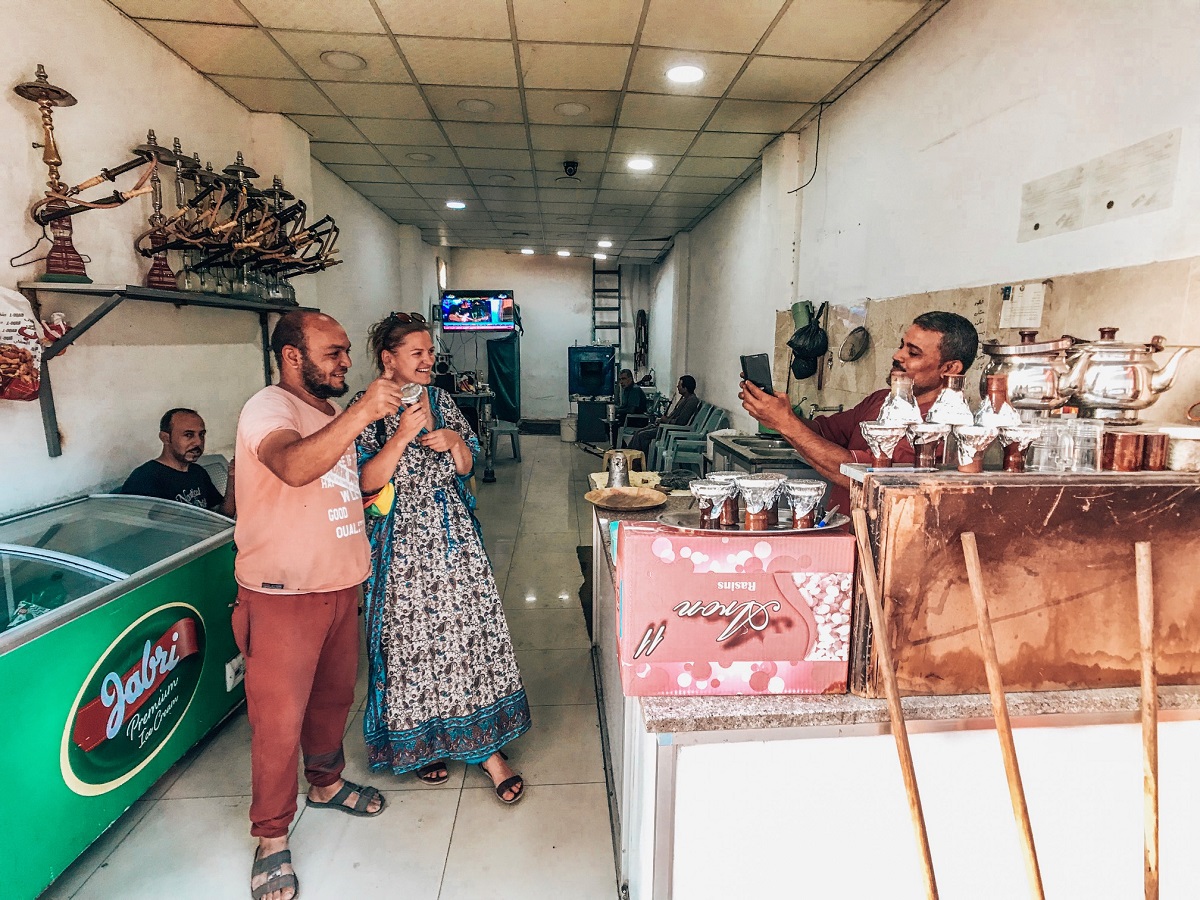 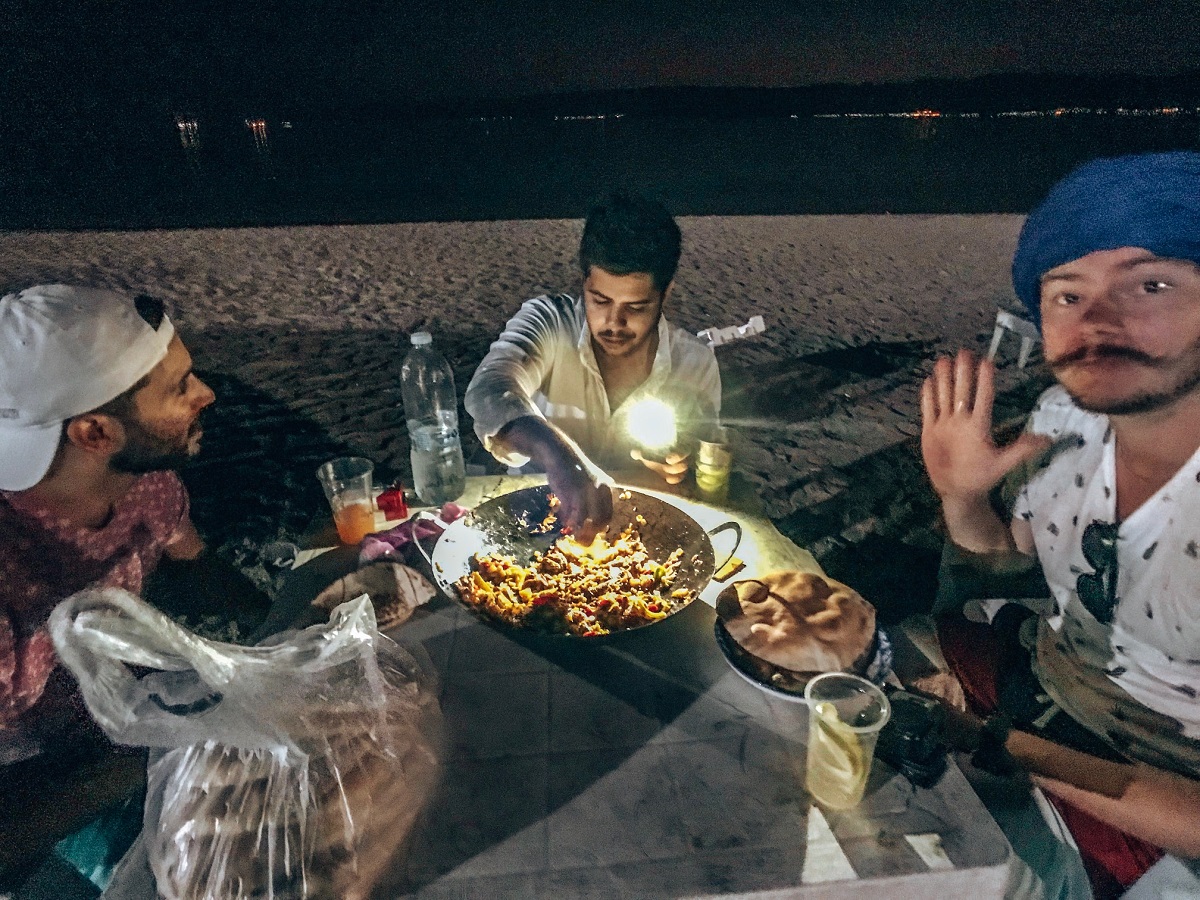 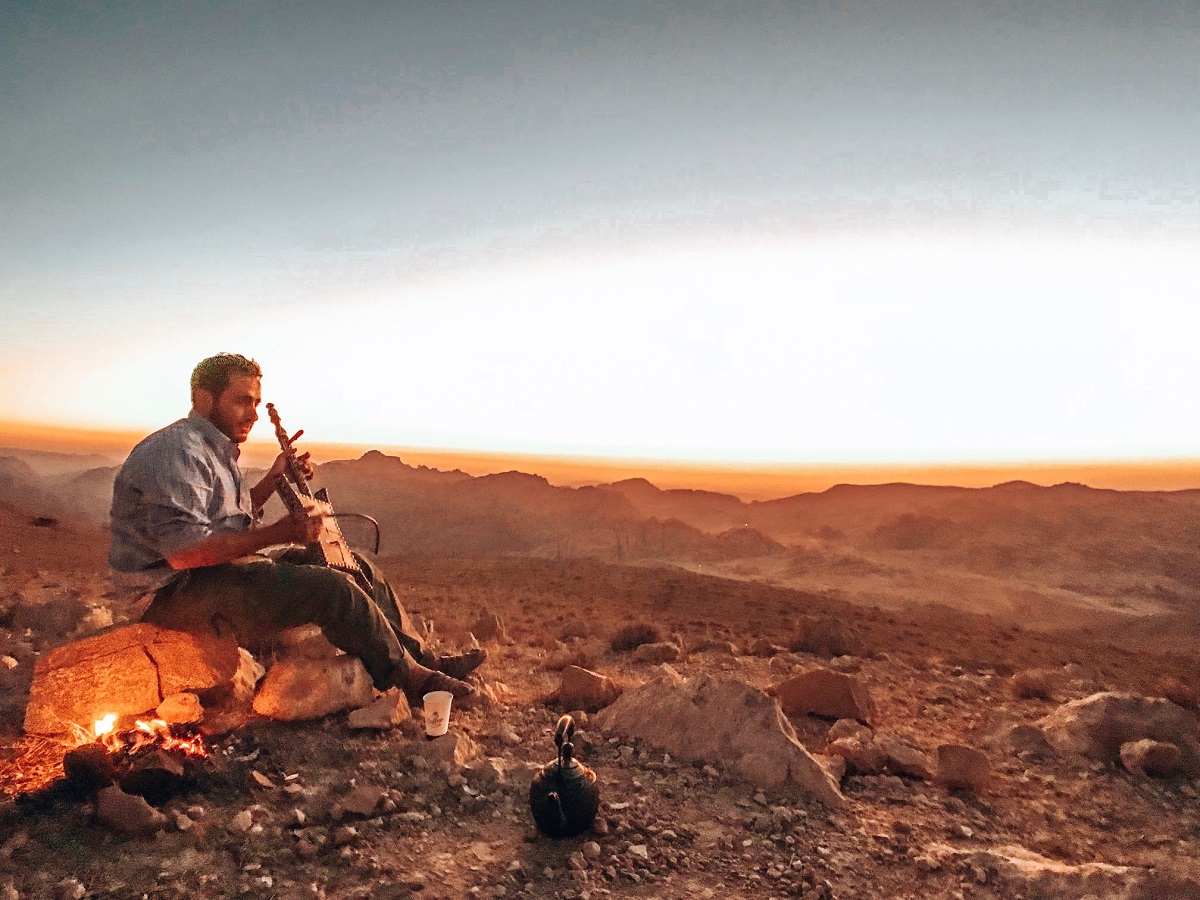 We get back to Amman in the early afternoon. We don't really have a plan except...

Last night was the night when at the auberge they had the orchestra play a free ...